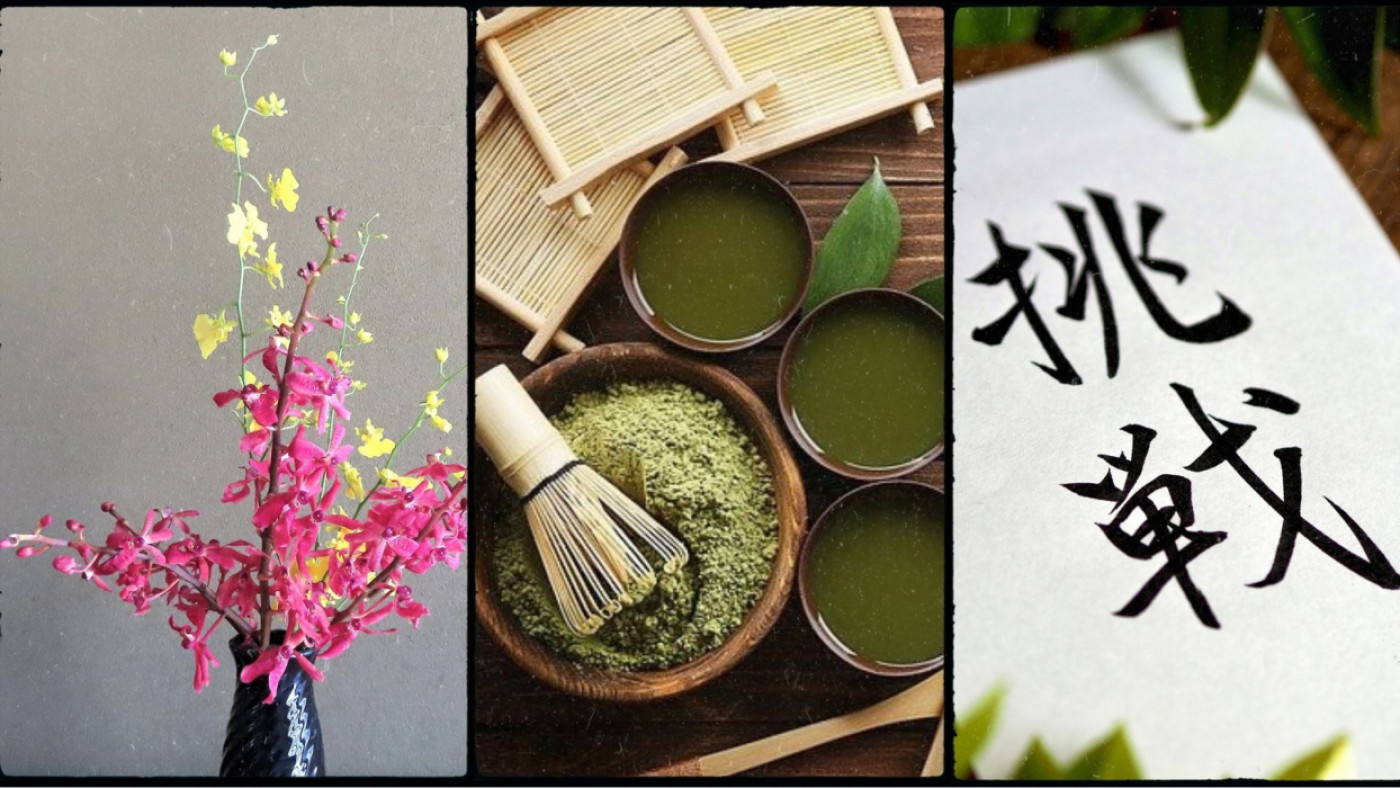 Kado, Sado, and Shodo are considered to be the most classic examples of Japanese traditional arts. Together, the three are known in Japanese as「伝統三道 dentou sandou」. In this article, we bring you on an artistic journey through flower arrangement, tea ceremony and calligraphy Japanese style.

Kado, the Art of Flower Arrangement

Kado (華道 or 花道), also known as Ikebana (生け花), is the Japanese traditional art of flower arrangement. Ikebana, which was started during the Muromachi period, is characterized by arranging flowers and plants to express beauty in areas void of nature.

Compare the 2 photos below. Can you tell which is which? 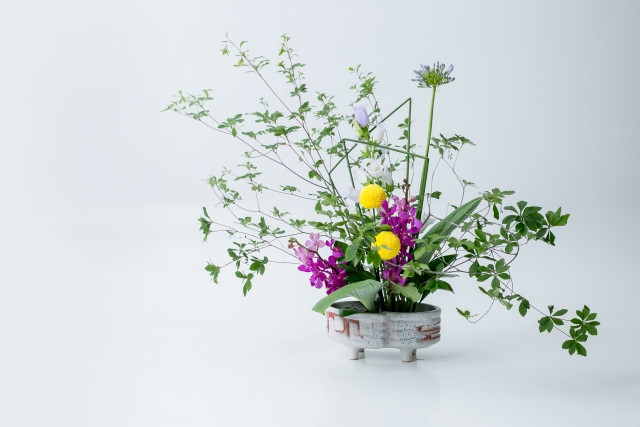 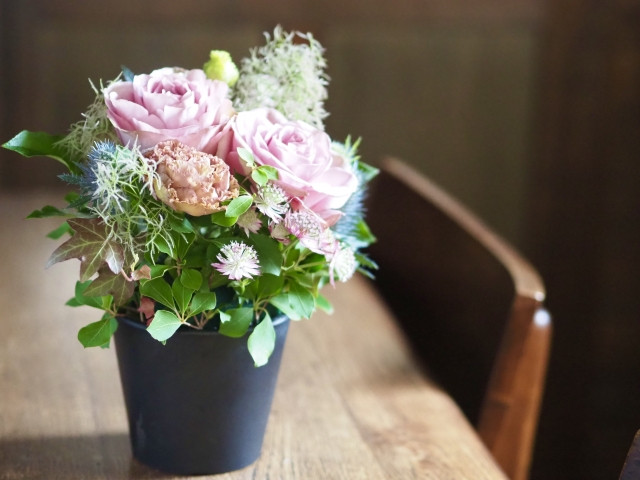 If you noticed from the kado photos, the vase used also plays an important role in the masterpiece. There are many varieties of vases in different shapes, colours, and materials. Vases may be chosen to blend into the background so arrangements stand out more, or even to contrast or complement more. Plates or even water basins are not uncommon types of “vases” when it comes to Ikebana.

Sado, the Art of Tea Ceremony

Sado (茶道, also read Chado), also known as Cha-no-Yu (茶の湯) is the traditional style of serving tea to guests. During the Azuchi-Momoyama period, Sen no Rikyu (千 利休) said to be the first tea master in Japan developed the tea culture which became known as 「茶道」in the early Edo period.

Matcha (抹茶) and Wagashi (和菓子) are served to entertain guests in a Japanese tea ceremony. Etiquette is extremely important and super detailed, from how to sit, how to drink, and how to eat the sweets. There are many rules to follow and even what mindset you should hold is preordained.

The 4 principles advocated by Sen no Rikyu are:

敬 Kei (Respect: Mutual respect between the host and the customer

清 Sei (Purity): Keep your heart and the environment clean

The 7 rules of tea ceremony advocated by Sen no Rikyu are: 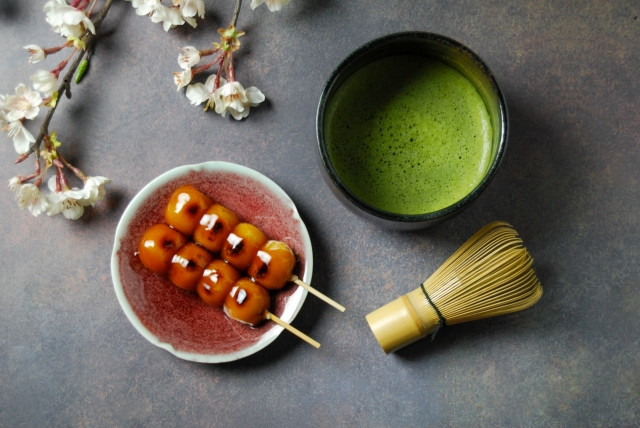 If you are interested in Sado, we recommend that you read up more about it - from its history to ceremony tools and ceremony steps. On a related note, matcha and sencha are very different despite the same English translation into “green tea”. It is worth reading up about matcha (including high grade Uji matcha) which is served in sado.

Shodo, the Art of Japanese Calligraphy 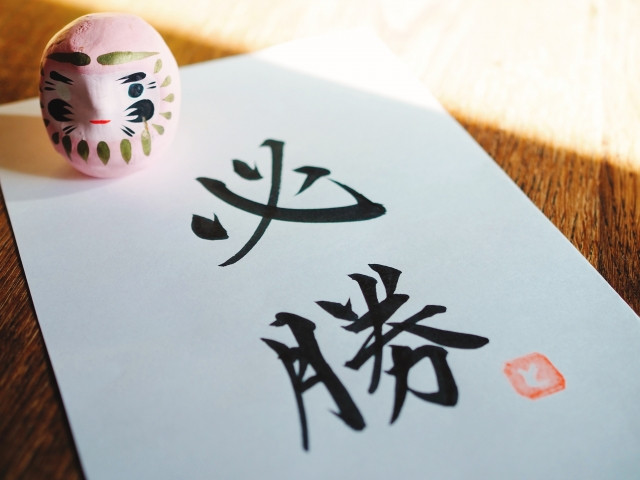 Shodo (書道), or Japanese calligraphy, is a method of self-expression through writing. Using a brush called 「毛筆 mouhitsu」and ink, express your feelings through words and typeface. With strokes that are harsh and violent, soft and elegant, thin yet firm, there are many ways to convey your thoughts.

Shodo is sometimes referred to as 「習字 shuji」. Although similar where they both involve calligraphy writing with ink and brush, the purpose behind both are different. The purpose of Shuji is to practise penmanship to write beautifully, whereas Shodo is more about artistic self-expression.

Kakizome, the First Writing of the Year 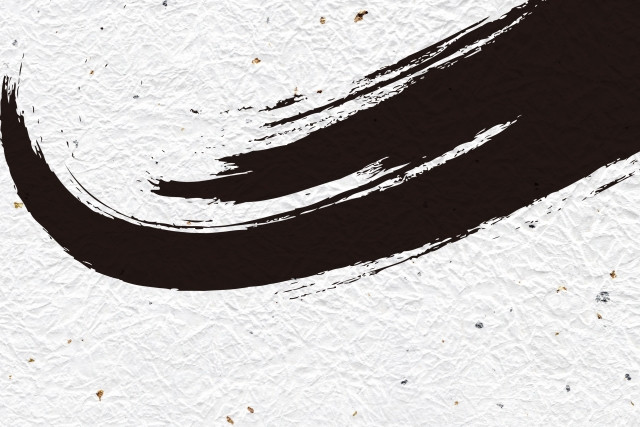 Kakizome (書き初め) is a Japanese tradition of writing your hopes and goals for the year in calligraphy. It is done on January 2nd and is part of Japanese New Year celebrations alongside traditions like eating traditional New Year foods and sending New Year greetings.

Here are examples of popular words and phrases for kakizome:

一期一会 Ichigo ichie - Once in a lifetime encounter 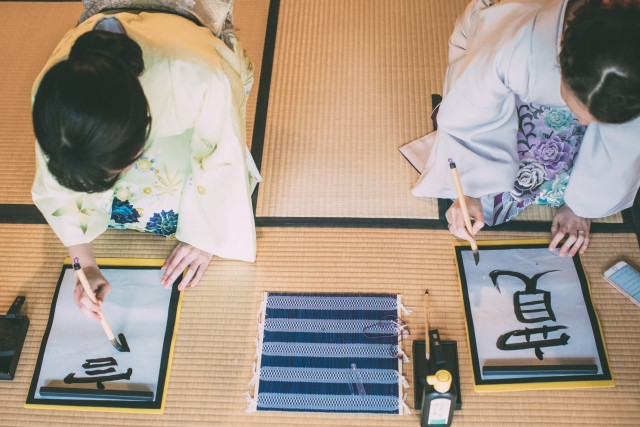 If you are interested in Shodo, we recommend that you read up more about it. Learn about the different Japanese calligraphy styles, strokes, brush techniques, and what tools you need to start writing.

Shodo is also a fun way to learn and practise writing Hiragana and Katakana, and at advanced stages of studying Japanese, Kanji.

Traditional Japanese culture includes many things from traditional performing arts, traditional foods, and even traditional events. By reading this article, consider yourself having covered the basic knowledge of 3 of the most classic of Japanese traditional arts in flower arrangement, tea ceremonies, and calligraphy. Your next step? Time to experience tradition yourself. 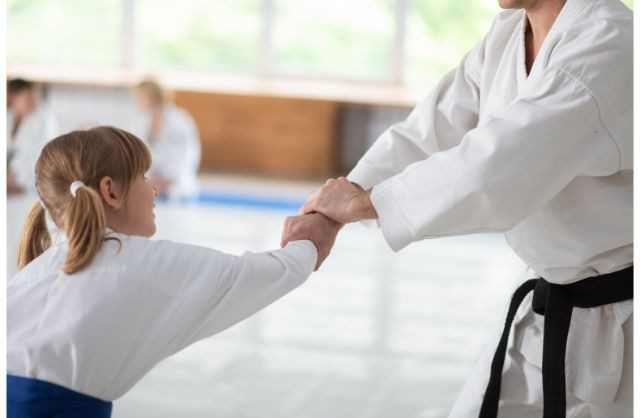 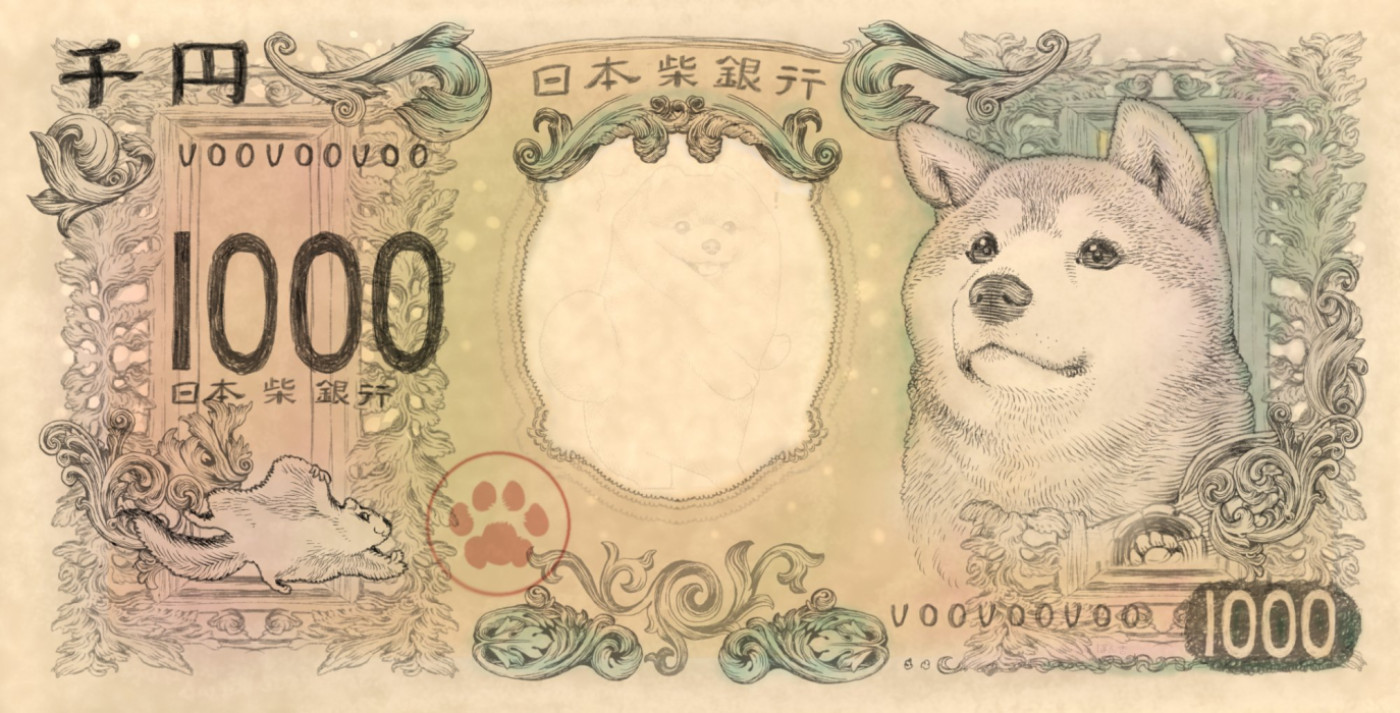 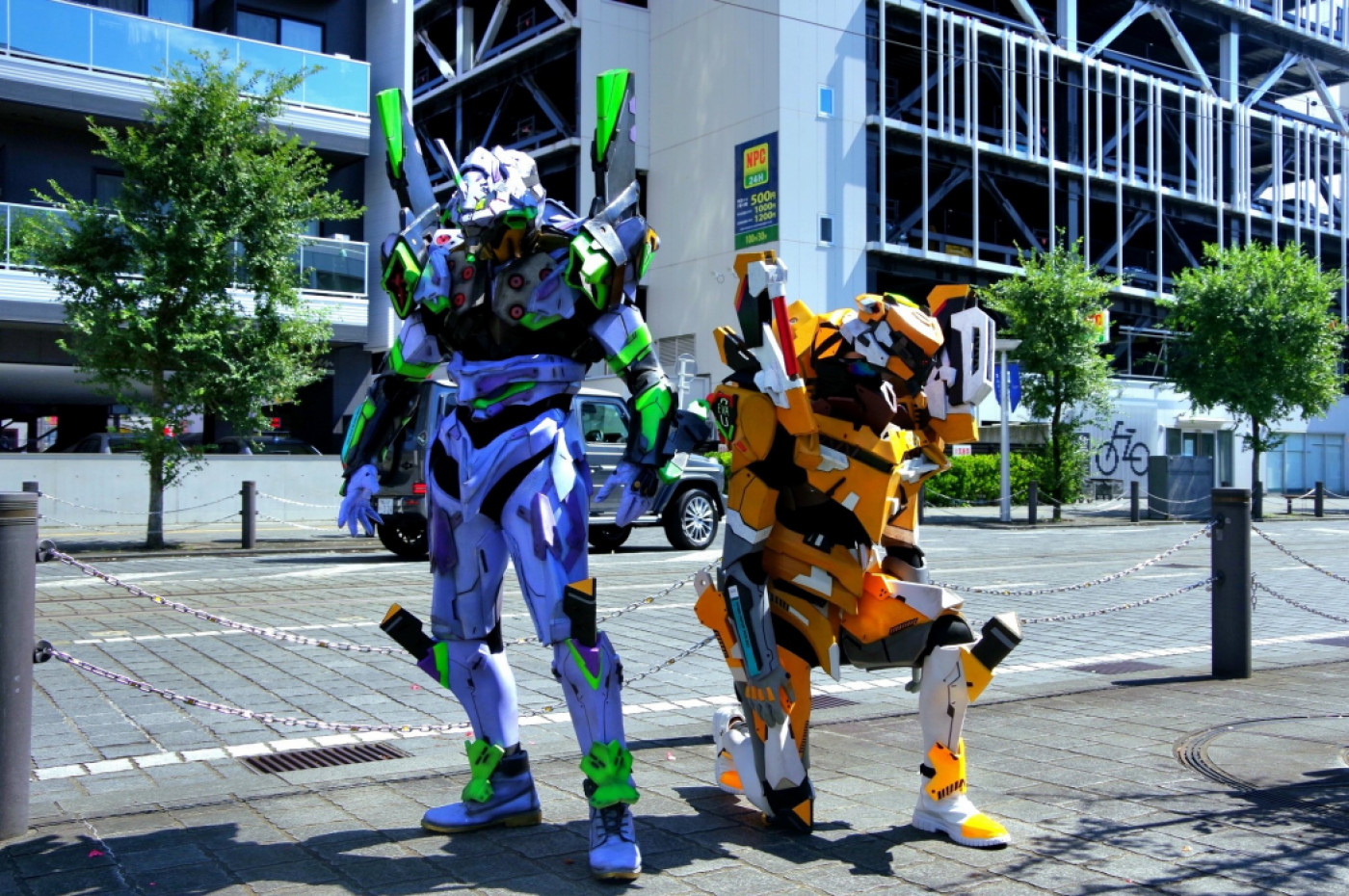 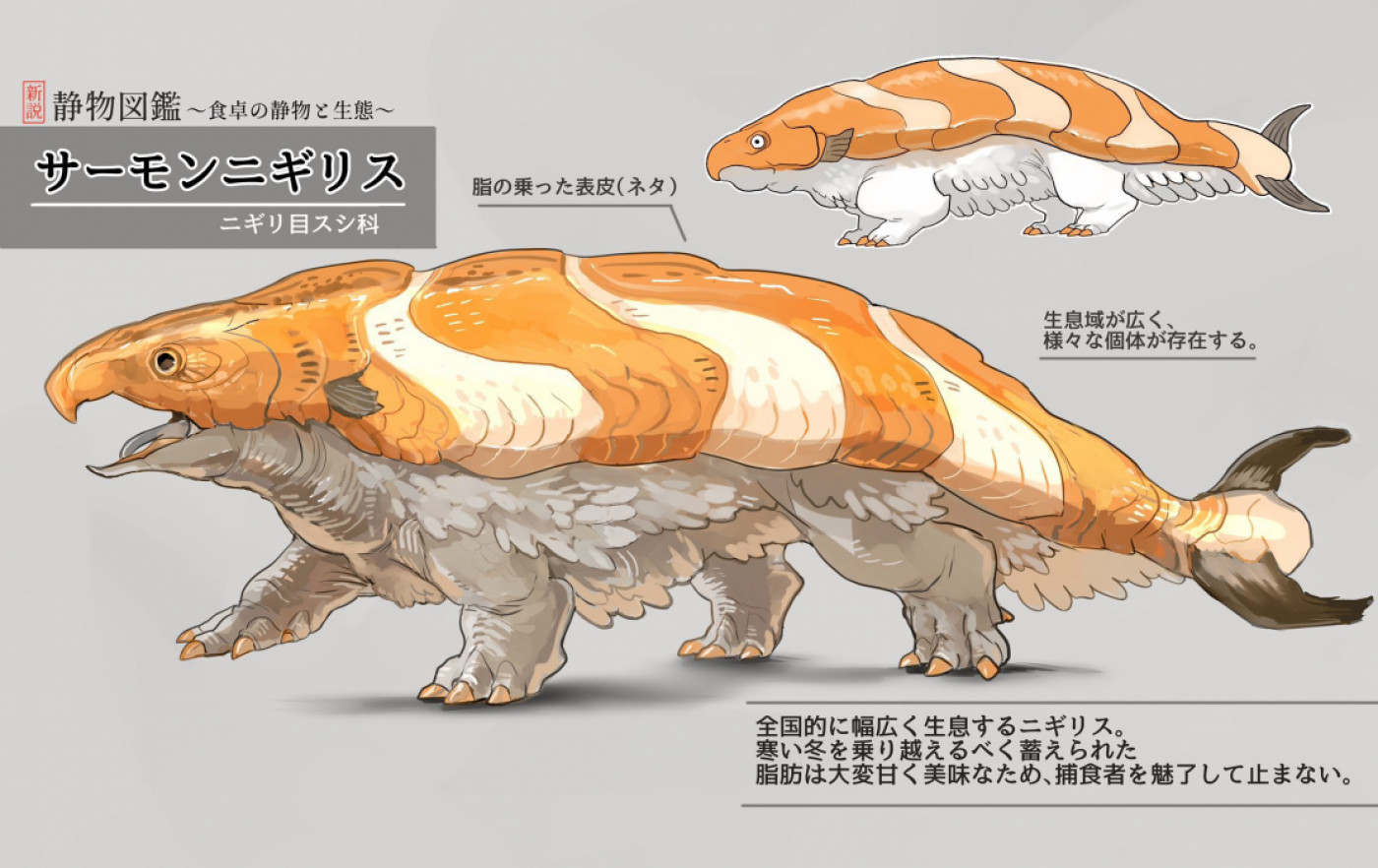 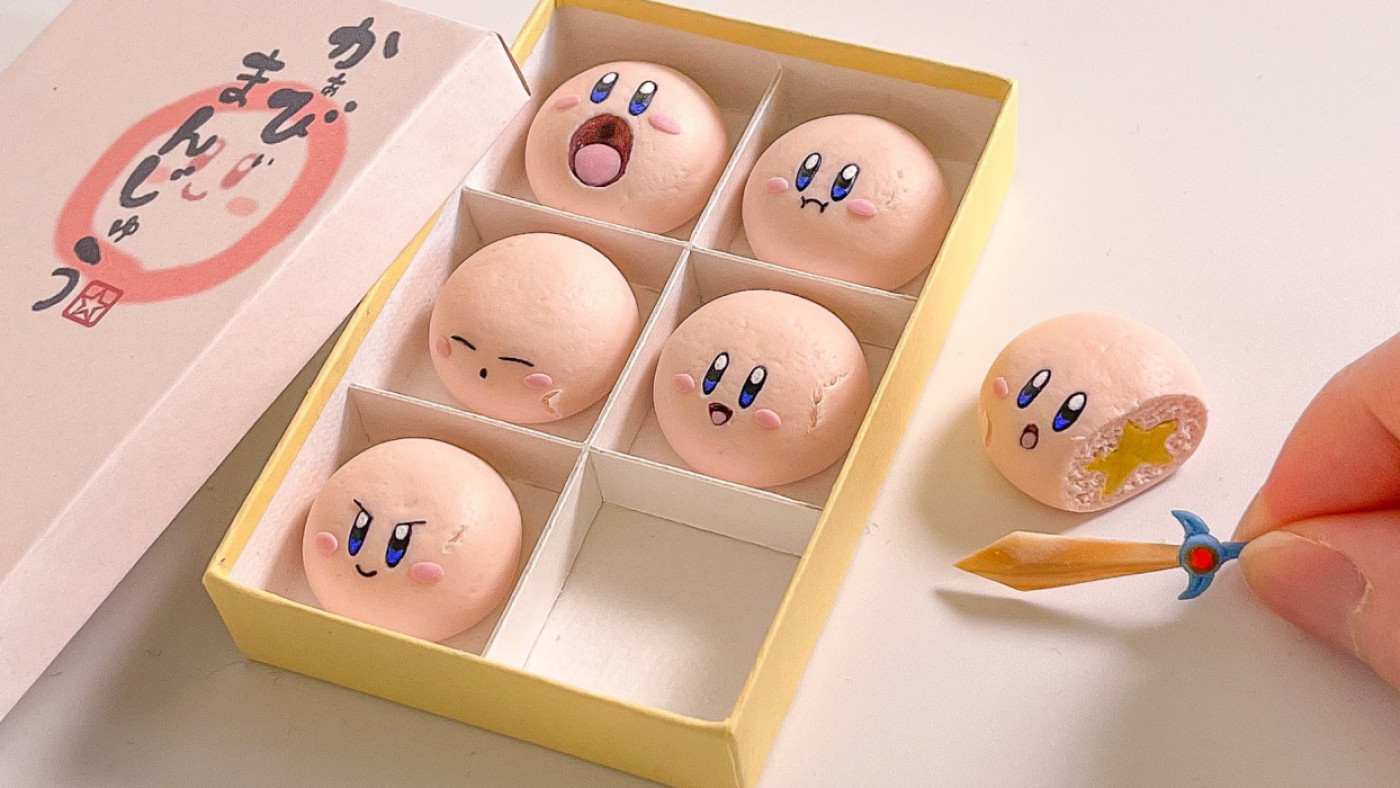