Tokyo Ghoul took the world by storm with its fast-paced story, presenting both physical and moral struggles. The settings from the famous anime and manga were actually inspired by real-life places. Know where they are, and see them for yourself when you visit them in Japan.

Tokyo Ghoul started as a manga created by Sui Ishida back in 2011 and was later on produced as an anime series that lasted 3 seasons with a dozen episodes each, with the first released in July 2014. Novels by Shin Towada based on the series with the illustrations of Sui Ishida have also become incredibly popular. Tokyo Ghoul’s concept is considered dark fantasy with a twisted and interesting story line that includes representations of society, perspective, and humor which captured a lot of audiences.

A ghoul is described as looking just like us, a normal-looking human, but survives by eating human flesh. They have extraordinary strength, the ability to regenerate faster than any mortals, and their eyes and pupils changed color when they are starving - looking for human meat to feast on. They live with humans and conceal themselves in the crowd.

The storyline is about the main character named Kaneki Ken, who is an ordinary college student who encounters Kamishiro Rize— not knowing that Rize is a ghoul who ends up nearly killing him while on a date. He then undergoes a surgery that transforms him into a half-ghoul as Rize’s organs were transferred into his body. Given this, the main character has to learn how to live like a half-human and half-ghoul at the same time, adapt into the ghoul society as well as keep his real identity hidden from humans.

Why is it famous?

The anime captivated a lot of audiences because the story is complex and does not only focus on the good versus the bad storyline; hence it appears unusual as there are a lot of different perspectives that the audience can relate with. It also gave its character backstories that people can root for, making them more enticed by the series. The series was made enjoyable by also showcasing humor, drama, horror, action, and tragedy in the progression of the story.

Places that Transpired in Tokyo Ghoul

On top of the reasons why Tokyo Ghoul became successful in gaining an audience, the anime is also inspired by the best of Japan’s different real-life iconic places; they were able to present the sites as alive as they could get to the audience. Here are some of the real places that were featured in the series and what you can actually do there if you ever visit: 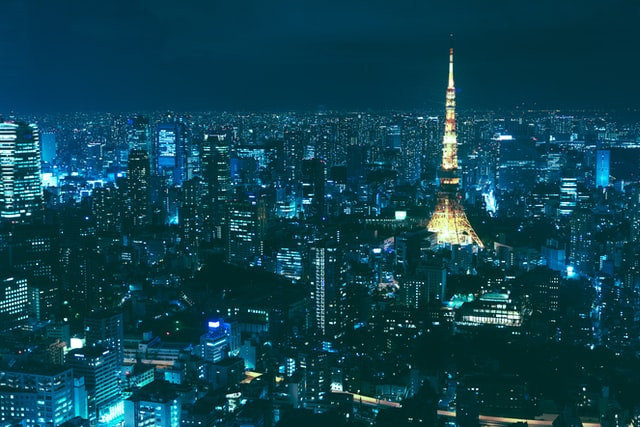 Tokyo is the principal city where the anime series took place, hence the name. Being in the city center of Japan can be overwhelming; it is a busy and fast-paced area where there’s so much to see, much like in the series. In Tokyo, there are a lot of tourist spots that include parks, museums, shops, restaurants, and even impressive architectural buildings. Here are some ideas of places to visit in Japan’s capital city:

The university in the series is called Kamii University and was inspired by Rikkyo University, located in Ikebukuro. The university is open to tourists who are interested in checking out its many beautiful structures and buildings. Besides that, it is strategically located near shopping centers and local restaurants that you can also explore.

The ghouls in the series usually spend their time in a café named Anteiku Cafe, and it was also inspired by a real life café in Tokyo located at Nishi Ikebukuro. It has the same theme and design in the series, and it attracted a lot of Tokyo Ghoul fans; however, the café is now closed. Nevertheless, fans can still visit the location and check the exterior of the place, and explore the area around like the Sunshine City Shopping Center on the other side of the station. 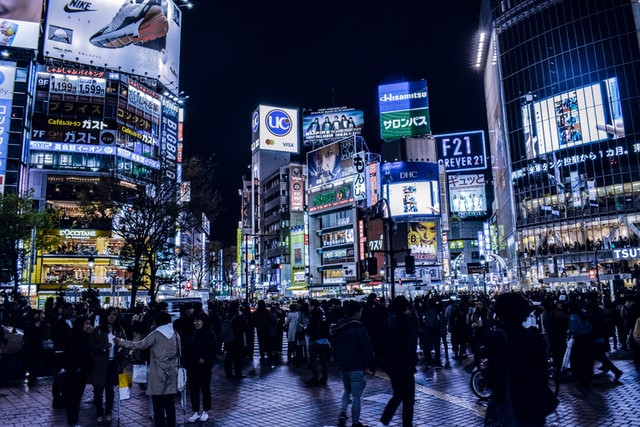 Shibuya Crossing was also featured in the series as it represents one of the landmarks in Tokyo that a lot of people not only visit but experience crossing it themselves. It is exciting as it allows people to cross seven crossroads all at the same time. The crossroad is surrounded by a lot of advertisements, with LED screens that emit lights all over the place. And the best part is that  it is ideally situated as you have a huge variety of restaurants, cafes, and shops to choose from.

Chiyoda is the real life ward in Tokyo where the CCG Main Office in the 1st Ward was located in the series, wherein weapons to combat the ghouls were made. In Chiyoda, you can visit the Imperial Palace, which is also one of the famous tourist destinations to visit. It is surrounded by gardens, parks and a moat around which people can jog or walk around. In Chiyoda also lies the massive Tokyo Station, which is known as an architectural beauty.

This place was featured in the Christmas scene of Rize and Kaneki in the series. It is a place known for good clubs and a vibrant nightlife setting; they say, like New York, a place that never sleeps, where you can grab something to eat and drink any time of the day. There are a lot of restaurants and bars along the area that you can choose from and enjoy partying long hours after midnight. Some of them are;

Tokyo Ghoul caught not only the audience's attention but also their hearts. A lot of people got hooked in the series because they rooted for and got inspired by the main character, Ken Kaneki, who portrayed exceptional strength and personality in his role. 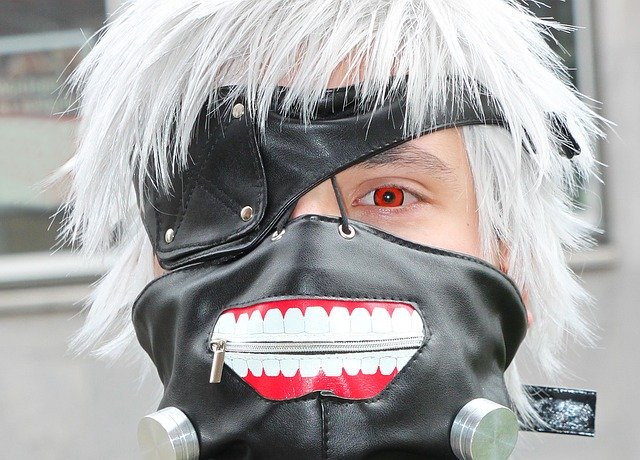 Fans and producers loved the character of Kaneki Ken so much that they, later on, developed their own versions of the main character’s mask. It depicts strength in character, solid controlled emotions, and appreciation of human life. The mask became popular across countries and can even be seen in cosplay gatherings. Acquiring a mask has become a way for the fans to show their regard for Kaneki and the series.

Another great example is trying out the dishes inspired by the anime series. TBI Group Company which owns restaurants had a limited-time collaboration with the Tokyo Ghoul creators to imitate the iconic dishes in the series and also created a menu that was based on the characters and ideas in the anime. They served a special burger inspired by Kaneki Ken because it was his favorite food as a human before he became a half-ghoul. A pizza designed with his iconic mask was a must-try.

More than a storyline

Tokyo Ghoul is a great anime success in Japan as it was able to reach a lot of audience from different parts of the world and was able to present an interesting storyline, providing robust and enticing characters, and on top of that featuring famous destinations in Tokyo itself.

This is a great way to invite not only their fans but everyone that knows about it to the country because there’s a lot to see. They will be able to travel across to Tokyo and see how beautiful an experience it can offer starting with its tourist destination like famous architectural designs, gardens and parks, restaurants and clubs, shopping centers, and many more! 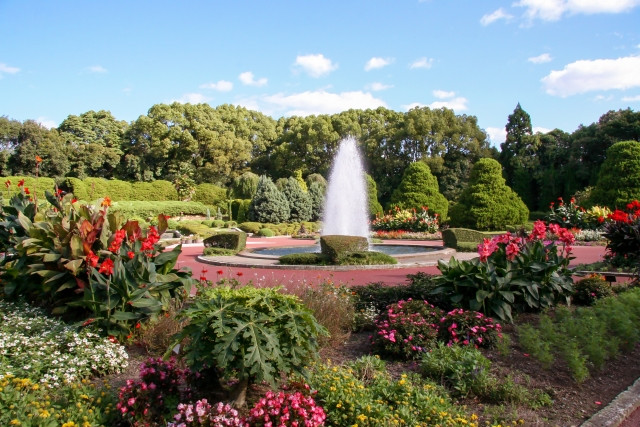 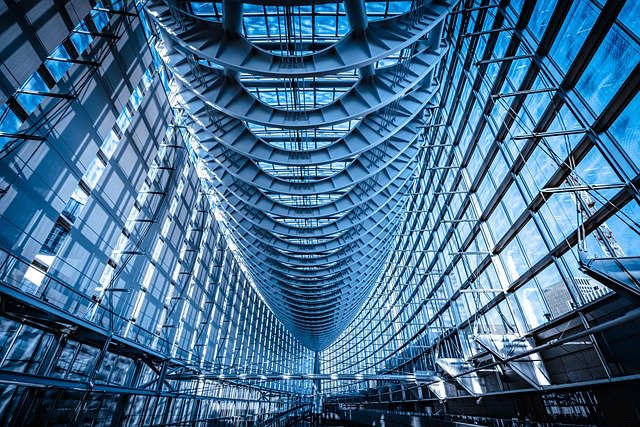 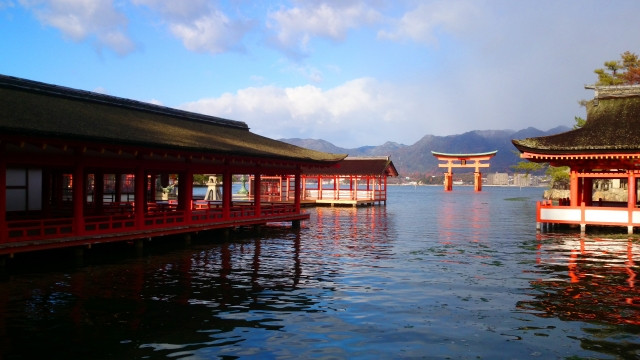 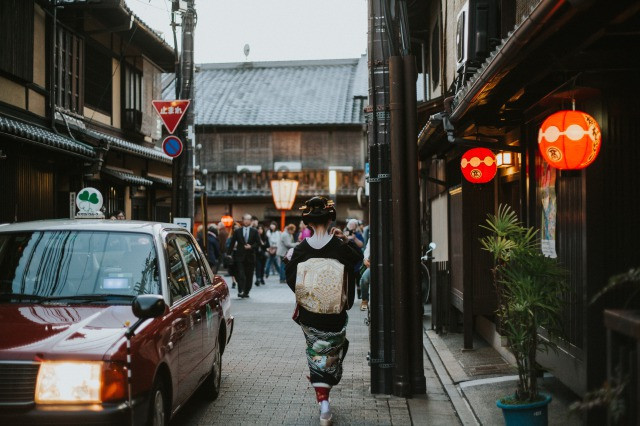 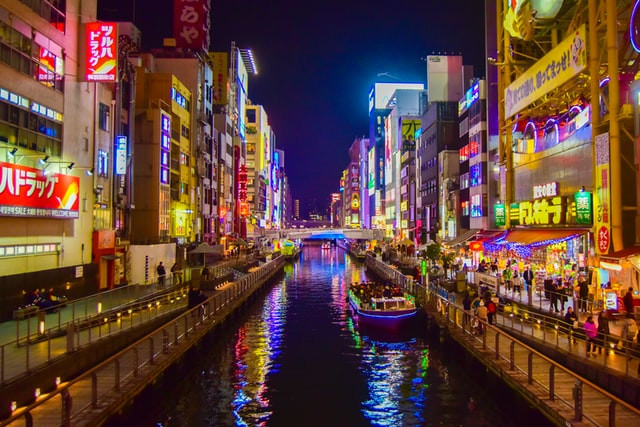