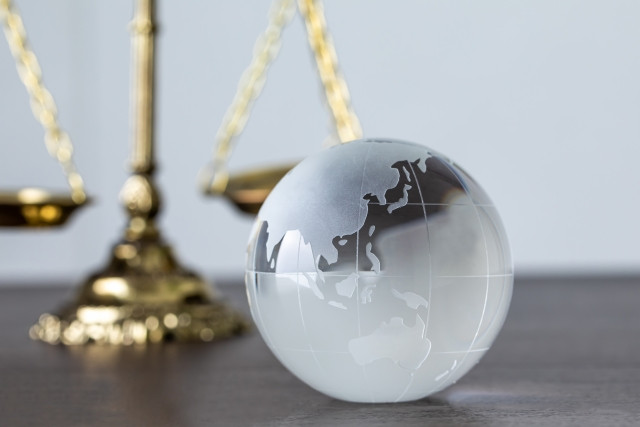 The ability to practice law in the Japanese legal system has gone through interesting changes, even in the past 10 years. Some of the leading law schools in the country sought changes in its curriculum, offering flexible and internationalized programs to provide a glimpse at Japanese law itself.

Before we begin, this article is not about how to become a lawyer in Japan, but rather to provide information about Japanese law, the history of legal education and how to study about Japanese law in Japan. For those studying or working in international law, or doing business with Japanese firms, it may be worth taking a course on law in Japan.

Background of Legal Education in Japan

Legal Education in Japan changed generally over time due to its failure to produce new lawyers. The first legal education model used was based on Western legal education, specifically German, French, and American law, due to Japan's westernization at that time. This model continued to develop throughout the years and was used as Japan's legal education system up to 2004. In 2004, the government introduced a new legal education system called the Juris Doctor Program to improve Japan National Bar Exams' passing rate and produce more productive and efficient lawyers.

However, there is one way around it. The most recent change on Japan's legal education happened in 2011, where they introduced the "Yobi-Shiken" (preliminary examination) to give a chance for non-law degree holders to become a lawyer. Non-law degree holders take the Yobi-Shiken exam and must pass it before taking the NBE and continue their journey of being a lawyer. 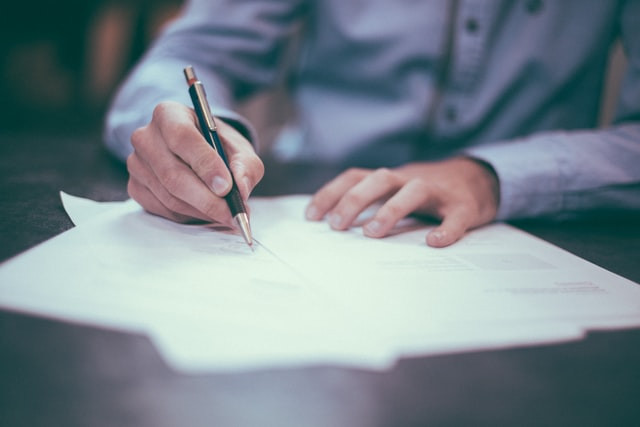 To become a lawyer in Japan, you must be fluent in Japanese and pass the Bar Exam. That in itself is a huge hurdle if you are from overseas, as you must be committed to going through law school like a native Japanese person - or take the Yobi-Shiken mentioned above before taking the Bar Exam. However, if you simply wish to learn about Japanese law in Japan to get a leg up in the international law scene, or if you wish to do business with Japanese companies, or you need to know more about Japanese law for any reason, here are some internationalized programs in English you could take:

Kyushu University offers a Juris Doctor degree and a lot of masters of law degrees in different fields such as International Economic and Business Law (IEBL), Young Leaders' Program (YLP), and Project for Human Resource Development Program. Kyushu University also has a unique part of its curriculum called "theory meets practice", wherein they have different international professors from other countries visit and teach students.

Keio University offers both a Juris Doctor and a master of laws degree. Keio University offers a unique program called Master of Laws (LL.M) in Global Legal Practice conducted using the English language in Japan. It was the very first program with this concept in the country created in 2017. Keio's selling point is the prominent use of the English language in their curriculums to attract locals who want to enhance their English skills and international students who wish to study Japanese law.

Similar to Keio University, Waseda University also uses the English language in their curriculum. Waseda attracts a lot of international students compared to other law schools because of this. They also offer a lot of Master of Laws (LL.M) degrees such as in environmental law and intellectual property law.

Nagoya University uses both English and Japanese in their curriculum. They let students choose if they want to be taught in English or in Japanese. They offer a Masters of Laws (LL.M) in comparative law to international students.

Other Programs, the Bar Exam, and Registered Foreign Lawyers 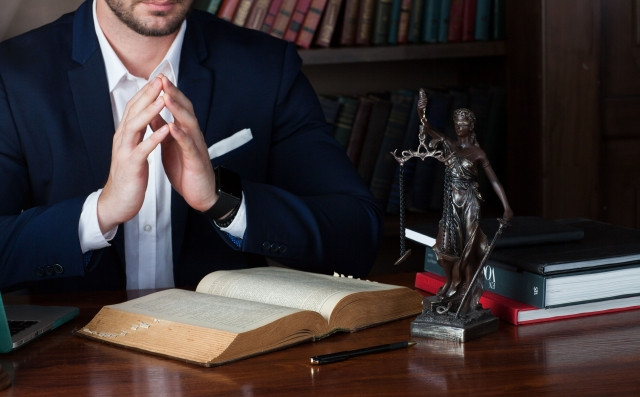 There are universities in Japan that offer short term programs or short summer courses that even non law students can take. These courses primarily focus on the understanding and application of Japanese Law that has both similarities and differences from western law. Meiji University offers this kind of courses and they mainly tackle contemporary issues and comparative views in Japanese law that allow students to better understand how Japanese cultures are integrated into their laws. To understand Japanese law better, Meiji University even conducts field trips for their students.

The Japanese bar examination used to be one of the most difficult bar examinations in the world with a low passing rate before they reformed it in 2004. In order to take the bar, examinees must have a Juris Doctor degree or a Law school degree and can only retake the exams up to 5 times - unless of course, one takes the Yobi-Shiken. The exam has two parts: multiple choice and essay writing. The exam is still quite difficult and 1502 people passed out of almost 5,000 exam takers in 2019.

Corporations and organizations dealing with foreign countries need lawyers familiar or with expertise with foreign laws to help in the transaction between countries. Foreign lawyers - in other words, lawyers who have obtained their law degree and are licensed abroad - must be registered in order to practice law in Japan. Though keep in mind that registered foreign lawyers are only allowed to handle cases that are in relation to the country or state where they got their degree or the specific country or state the Ministry of Justice assigned to them. There are other strict regulations one must look into before pursuing this path. 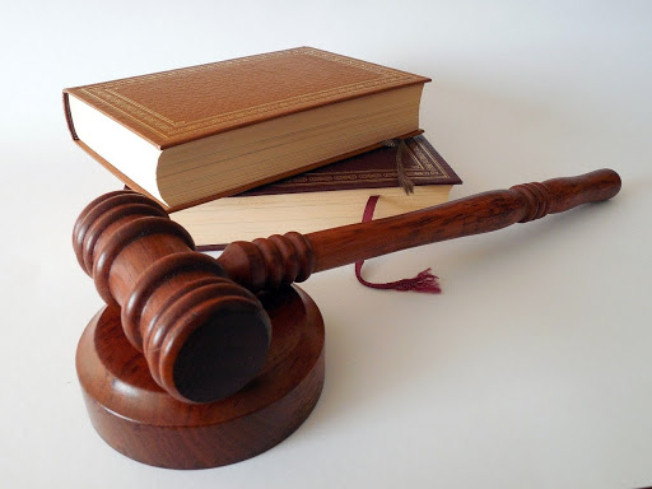 The journey of being a lawyer is not an easy feat. It takes several years for you to finish law school; then, you have to study and pass the bar exam in your country. And if you go into international law, you have to study about other countries’ legal systems as well. If you’re interested in simply learning about Japanese law, Japan has law schools that cater to both local and international students. Though it is more costly, one can be rest assured that they give quality education to all. Aspiring lawyers and lawyers out there, if there comes a chance, why not save up and study law in Japan! 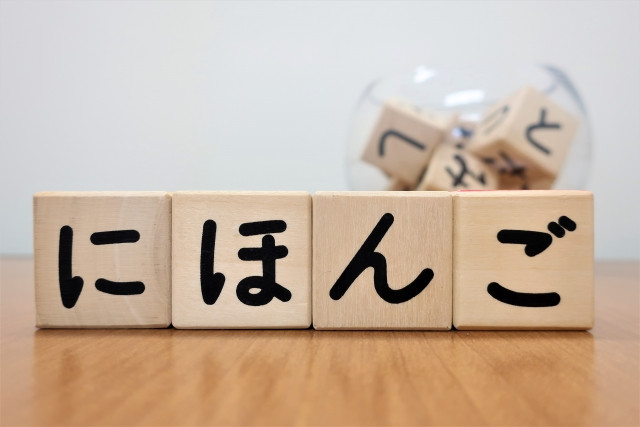 Guide to Learning Japanese in language schools in Japan

Japan responds to globalization by opening its doors to foreigners. The Japanese language takes a new role for people coming in to take part in the various aspects of life in Japan. Thus, language sch... 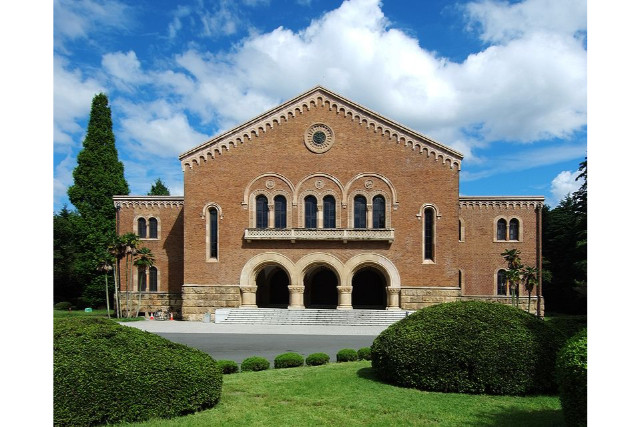 Photo Credit: Wiiii, CC BY-SA 3.0 Hitotsubashi University is home to Japan’s leading social sciences education and research. The degree of exclusivity in specializing in such fields is exce... 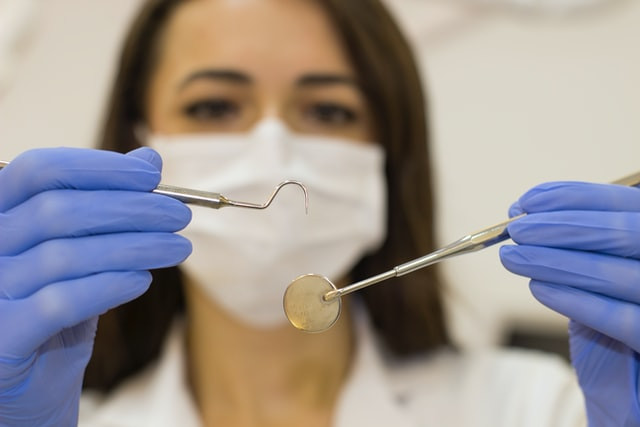 How and Where to Study Dentistry in Japan

Japan’s dental education underwent an overhaul over the past years. Affirming and complying with the changes brought by the globalizing world, it standardized an education model appropriate for ... 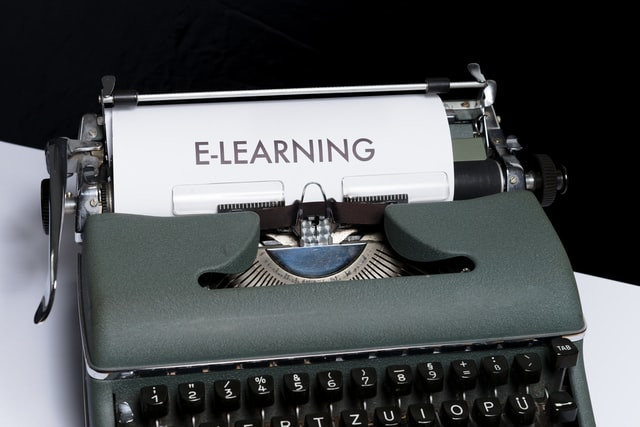 In a fast-paced society, changes are necessary even if it has to challenge the conventions of past practices. For instance, online study or e-learning has been introduced to the educational system. Ja... 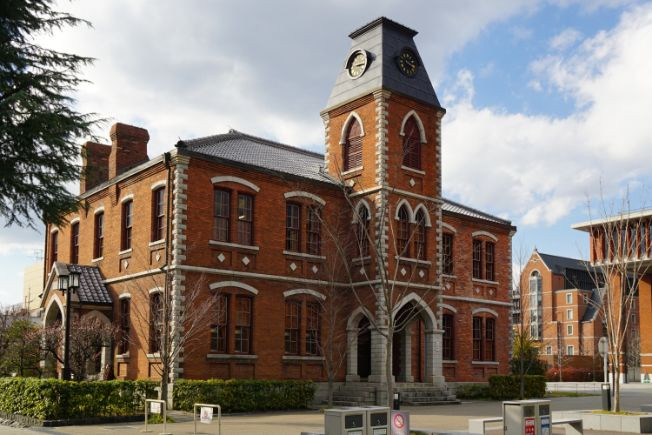 Cover Photo: 663highland / CC BY-SA Enduring for more than a century of history while maintaining a sense of exclusivity, Doshisha University is considered one of the prestigious private univers...