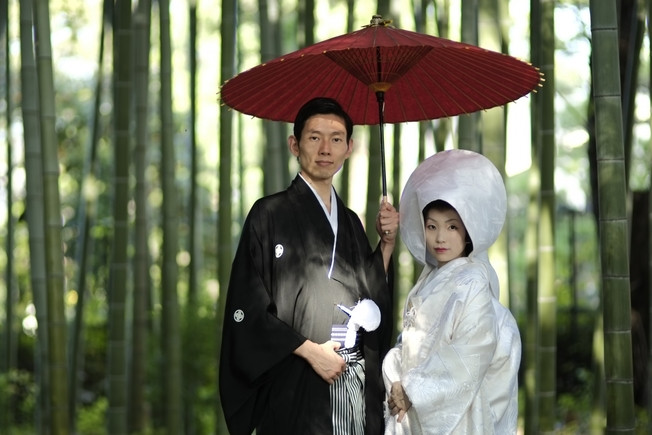 Weddings in Japan often have many twists that may come as a shock to many foreigners due to the different cultural beliefs. When attending or having a wedding in Japan, here are a few things that you should know about the uniqueness of Japanese weddings.

Marriage is considered as one of a person's biggest milestones in life. It is a celebration and union of two halves of one whole - or two people who wish to spend the rest of their lives together and become a family. Wedding ceremonies are not something to be taken lightly, and marriage in Japan is no exception. The diverse and religious backgrounds of the Japanese bring color and fanfare to wedding ceremonies. Because Japan is a melting pot for different religious and cultural backgrounds, one can expect a variety of different wedding practices in Japan. The majority of traditional wedding ceremonies have Buddhism, Shintoism, and Christian influences.

Weddings in Japan may also be traditional or modern, depending on the couple's upbringing and influence. Traditional wedding ceremonies in Japan are very similar to Shinto-types of weddings where the couple would get married inside a temple. On the other hand, the modern concept of wedding ceremonies in Japan is reflective of the western concept of marriage (think frilly white bridal dresses in a beautiful garden and flower decorations everywhere).

Another interesting information is that in marriage in Japan, weddings are actually optional. There have been cases in the past where the paper signing of marriage documents is the actual ceremony itself. This is because the signing of the wedding contract would legally bind the couple together, and for some Japanese couples, that is enough.

No matter the way of being wed not just in Japan but practically anywhere else in the world, one thing is for sure, that marriage is a special occasion for any couple as it binds the two together into a lifelong commitment.  A wedding, on the other hand, is a ceremony that would celebrate or commemorate the couple's binding into the lifelong commitment that is marriage. 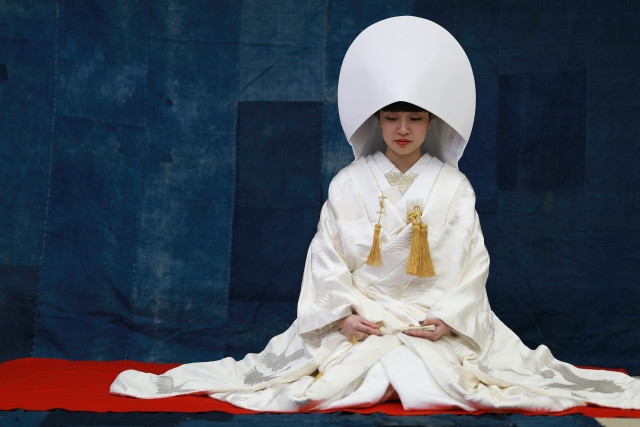 Since Japan offers diverse ways of wedding traditions and ceremonies because of religious and cultural influences, let’s take a look at some of the more common traditional Japanese wedding ceremonies.

The Shinto Style Wedding Ceremony is one of the most common traditional weddings in Japan. The venue is usually located on the main floor of a shrine, and a priest officiates the ceremony. These types of traditional Japanese ceremonies are usually very private and only attended by the bride and grooms’ most intimate and closest family members and friends. The Shinto style of the Japanese wedding ceremony starts with the priest performing a purification ritual for the couple and asks the gods and goddesses of the shrine for the blessing, including watching over the couple to have a fruitful marriage. The ceremony ends when the couple takes three sips of sake from the cup. This portion of the ritual is called sansanduko.

The traditional wedding outfit for the bride is either a pure white kimono to symbolize the bride’s purity, a colorful ensemble, or a kimono with black and white patterned kimono, which was the usual wedding outfit for Japanese noblemen in the past. On the other hand, the groom typically wears a traditional outfit called a hakama, which is worn over a black kimono paired with a black jacket called haori.  .

The Buddhist Style of wedding ceremony in Japan is a mix between the Shinto and Christian-style wedding ceremonies. The main difference is that the venue is held inside a temple instead of a church. The entrance of the couple is accompanied by beautiful string instruments reflective of the Buddhist faith. The wedding activities for a Buddhist style wedding ceremony is similar to the Christian style in the sense that there is an exchange of rings and praying together. However, the prayer consists of mantras and sutras.

Additionally, the couple’s parents ‘bless’ their children through lighting incense. The wedding ceremony would then be commemorated through the coupe sipping sake from a cup. The bride can also wear either a kimono or a modern western-style wedding dress, but most wear a kimono to the Buddhist style ceremony and may change for the reception after. .

The Christian style wedding in Japan is the most common and preferred choice since the 1990s amongst the different Japanese wedding ceremonies. According to the annual survey by Zexy, a large bridal company in Japan, 51% weddings in 2019 in the country were Christian-style weddings, reaching up to 56% in the Tokyo metropolitan area.

The flow of the wedding itself is strikingly similar to the western version of wedding ceremonies just held in Japan. It follows the protestant liturgy doctrine with prayers, hymns, bible readings, and exchanging of wedding vows; however, these are often done regardless of religious belief whereas overseas, non-Christian couples may skip the religious aspects of a church wedding. Common activities also include the bride's father escorting her towards her husband as a sign of his blessing and the bride's mother lowering her daughter's veil as a sign of her blessing.

Although there are many similarities between traditional Japanese weddings and other western types of weddings, some of the differences would be reflected in the wedding reception. It is very common in western types of weddings to have a lot of dancing and singing during the wedding reception. Japanese weddings would usually consist of big speeches from close relatives, friends, and colleagues wishing the couple good luck on their journey as husband and wife, and there’s usually a strictly planned agenda.

Lastly, at Japanese weddings, you can only be invited to the actual wedding ceremony if you are a close family member or an intimate friend. In contrast, western types of wedding traditions would usually involve a larger group of people. Otherwise, you will just be invited to the wedding reception afterward, called a hirouen. However, don’t be mistaken that this is a mere party; it can be quite formal. You may not be able to approach the wedded couple freely - usually there is a photo opportunity for each table or group to take photos together and chat briefly with the happy couple.

Important things to keep in mind when attending weddings and receptions 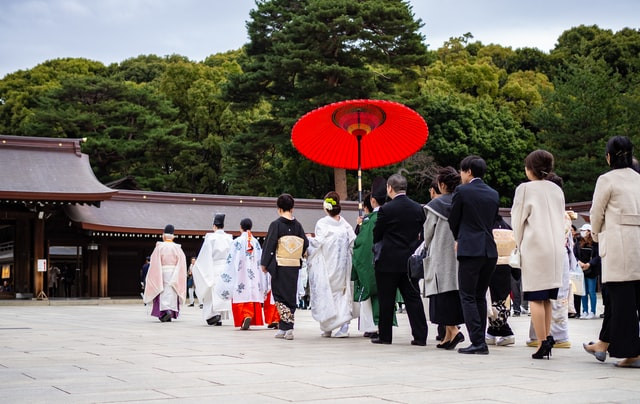 It is important to note the following etiquette when attending wedding ceremonies in Japan: 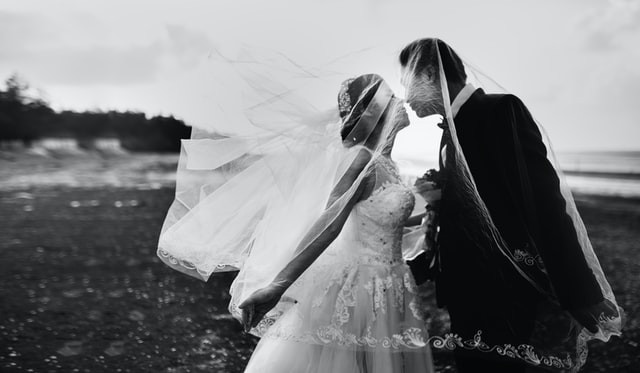 To be married is a divine process as it symbolizes the union of two individuals who love and care for each other deeply and truly. Weddings in Japan are a truly unique experience, whether a traditional or modern setup. So if you have the opportunity to attend a Japanese wedding or even get married in Japan, it will surely be a romantic experience to remember as Japanese wedding ceremonies are truly reflective of the diverse cultural and traditional beliefs that make Japan unique.

To read about how to get married in Japan, please read our article here!

Guide to Securing Marriage Documents in Japan for Foreigners 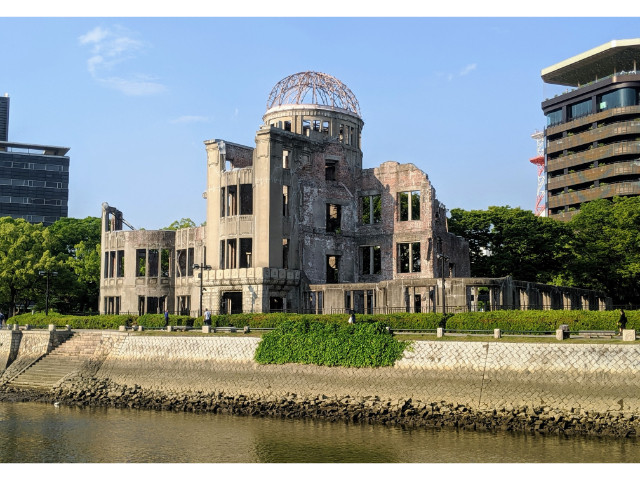 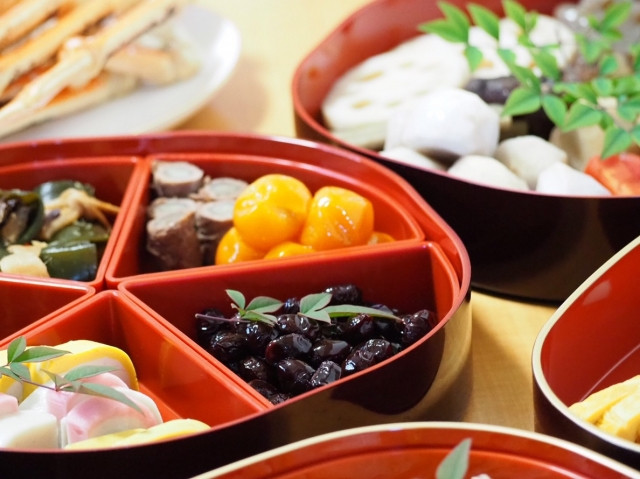 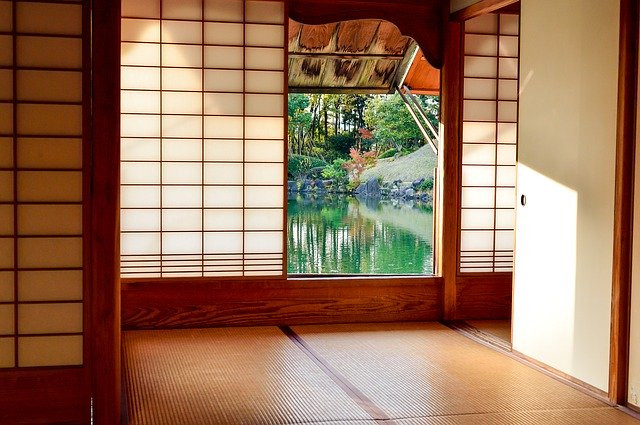 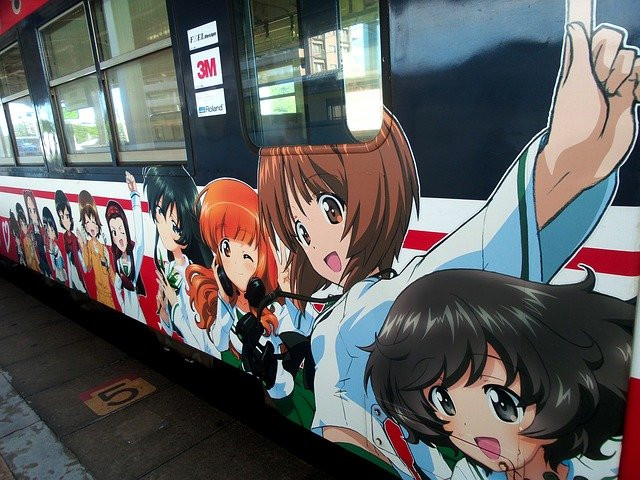