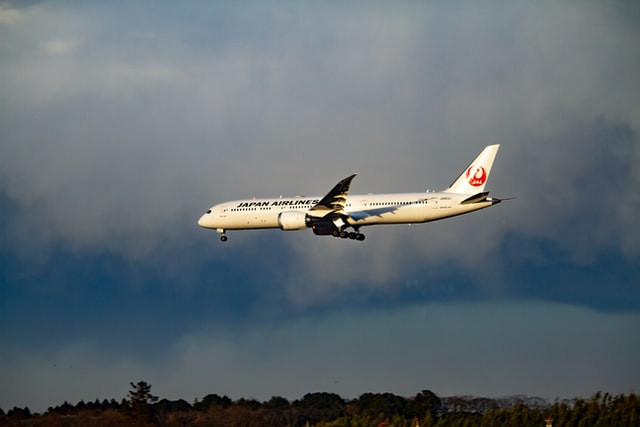 Tokyo Narita Airport: One of the world's busiest airports

The three passenger terminals of Narita Airport, as they say, are the gateway to Tokyo. It’s essential for tourists to learn to navigate through Narita International Airport, as it is one of Japan's busiest airports in terms of foreign passengers. And you won’t get bored as there’s lots to do!

The Entrance to Tokyo

In the past, Haneda Airport served as the main airport in Tokyo. However, the government had seen the urgent need to build another airport because of the increasing number of flights and travelers going in and out of the city that Haneda could no longer accommodate. In 1978, Tokyo built the New Tokyo International Airport in Narita, Chiba Prefecture, located 60 kilometers away from the city, in order to provide international tourists another access to Japan. In 1994, the airport was privatized and changed its name to Narita International Airport. 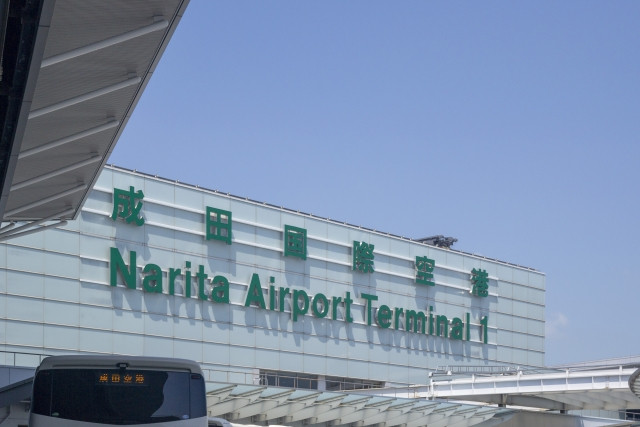 There are three terminals in Narita International Airport that are all open both for international and domestic traffic. Terminal 1 and 2 have their own train railway stations, the JR and Keisei Electric Railways, situated in their basements. These stations provide travelers direct access from the airport to Tokyo and other regions in Japan and vice versa. Terminal 3, on the other hand, is intended for LCCs and budget airlines like Jetstar Japan and Spring Japan. You can transfer from Terminal 3 to Terminal 2 by using the pedestrian walkway that connects the two. There are free shuttle bus services as well that operate to transport passengers from one terminal to another. 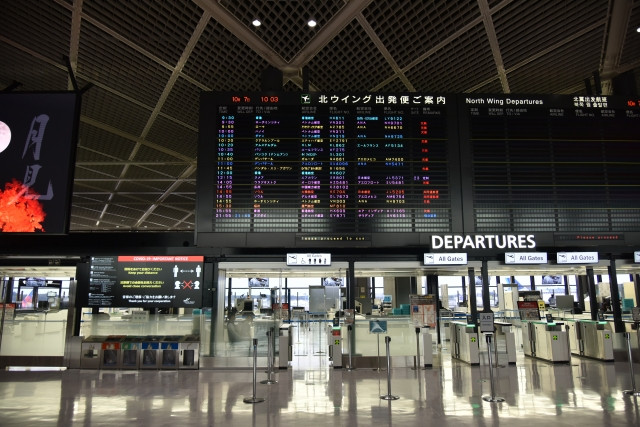 Aside from being one of the busiest airports in the world, Narita International Airport serves as an enticing teaser and appetizer of what Japan has to offer. The airport is built and equipped with modern and futuristic technologies from its architecture and design to its proud facilities and services. So, if you are too early for your flight or it is delayed for a couple of hours, or you have a short layover at the airport, maximize that time to tour around Narita International Airport and check out some of its facilities. There are many things and activities including some entertainment sections waiting to give you a great time.

Here are some of the facilities and services that you can find at Narita International Airport:

Shop and Dine at Narita Airport

There are countless other facilities you can find in Narita International Airport as well that are designed to provide guests and travelers a complete airport experience. These include facilities for relaxation, entertainment, shopping, and dining. There are numerous restaurants inside the airport that offer different cuisines and some favorite Japanese delicacies. You can find them at:

You can find McDonald's and Starbucks on all three terminals, while 7-11 is available at Terminal 1 and 2.

There are many shops as well where you can get some travel necessities and cute souvenirs, such as at Fa-So-La Souvenir and Gift Keisei Japanese Souvenir.

If you need to relax and unwind from a tiring flight, there are different lounges available in the airport including capsule hotels and shower rooms where you can freshen up. There are also beauty salons, massage chairs, and other facilities in the airport that provide relaxation services. There are entertainment facilities as well for kids and adults to pass the time like the theater culture.

Terminal 1: Checkout the traditional Japanese performing art of Kabuki and costume exhibits at Kabuki Experience Gallery & Shop, Origami Museum display, or visit the NAA Art Gallery for the wide array of paintings and the Mini Gallery of Japanese Art from Tokyo National Museum. Japanese culture events are also scheduled for the kids and family to enjoy like the ukiyo-e woodblock printing, calligraphy, Japanese paper doll making, and kite making demonstrations.

Terminal 2: Be astonished by the long mural of Matazou Kayama's Sun, Moon and Four Seasons, ceramics of Ikko Tanaka, wood craftsmanship of Shoun Kano, and more at the Art Promenade! Have a photoshoot at the cherry blossom tree photo spot.

Kids Park, a place for young kids to play, is also available at all three Terminals after you go through customs.

Many airport guests are so amazed by the high-tech facilities inside the airport especially the famous Toto washlets. So, if you are going to stay for a while at the airport, checking out these futuristic Japanese technologies could be a lot of fun.

In any case that you need to withdraw cash or any other banking services, there are currency exchange counters and Automatic Teller Machines (ATMs) available in the three airport terminals.

For your internet and mobile needs, while traveling in Japan, you can find many pocket Wi-Fi and SIM card rental stations inside the airport. These could be kiosks, shops, counters, and also vending machines. Just a tip: Book in advance for a SIM card or pocket Wi-Fi online before coming to Japan because there are times that stores go out of stock.

You don’t have to worry about all your luggage because there are different companies in each airport terminal that offer luggage storage and other services like luggage wrapping and delivery. There are coin-operated lockers as well in the airport where you can store your luggage for a certain period of time. If you need to send letters, packages, and parcels within Japan or abroad, you will find post office counters in Terminal 1 and 2 and mailboxes available in all terminals.

Visit the airport’s official website for a complete list and additional information about the available facilities and services they offer. 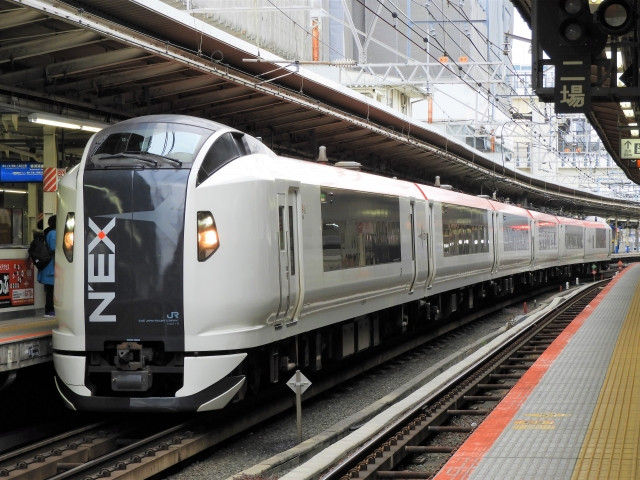 Narita International Airport is located in Narita City in Chiba Prefecture. There are different means to travel to and from the airport. You can either ride a train, a bus, or a cab.

However, the easiest and quickest access to the airport is via train. The JR and Keisei Railways in the airport terminals can connect you directly to Tokyo Station and other regions in Japan.

There are many bus and taxi services available as well but taking a cab is a little bit pricey. So, if you are not in a hurry, it is more recommended to travel via train while enjoying the scenery along the way.

But if you want a more personal and exclusive travel experience alone or with your travel companions, there are van and car rental services available in the arrivals area at the airport. 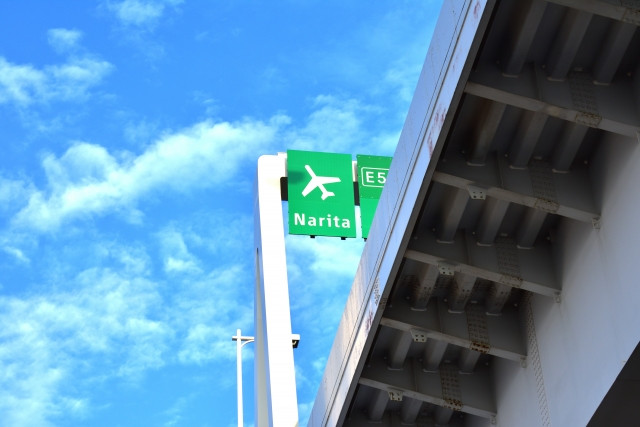 Narita International Airport is not your typical airport terminal. It is a grand gateway to Tokyo that offers top-of-the-line facilities and incredible services in order to provide guests and travelers a complete airport experience and give little taste of what Japan has to offer. So, the next time you come to Tokyo, Japan, spend a few hours exploring this world-renowned international airport. 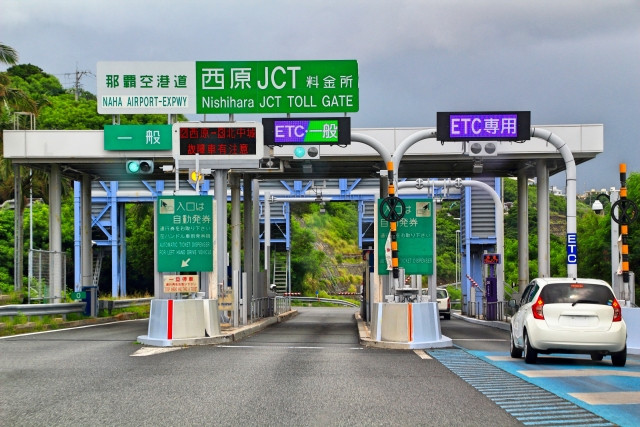 When it comes to trips, it is best enjoyed in a car to savor the sights. And the best part of traveling by car in Japan is how convenient everything is with an ETC card! It takes care of matters like ... 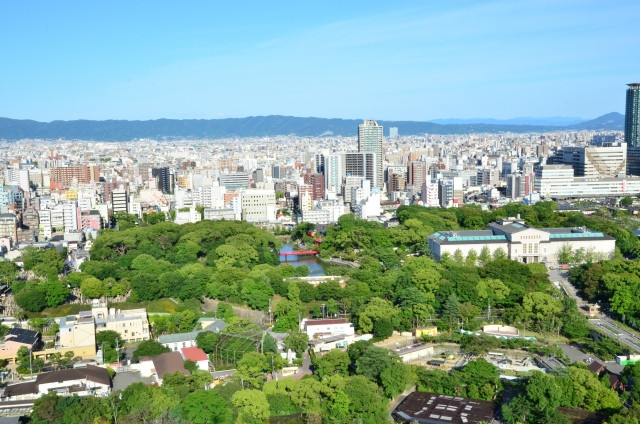 Famous and Unique Osaka City Museums You Should Know About

Osaka City, the third largest in Japan, is not only rich in population, food, and technology but also with remarkable history and art! And that clearly shows in the numerous museums available; from ar... 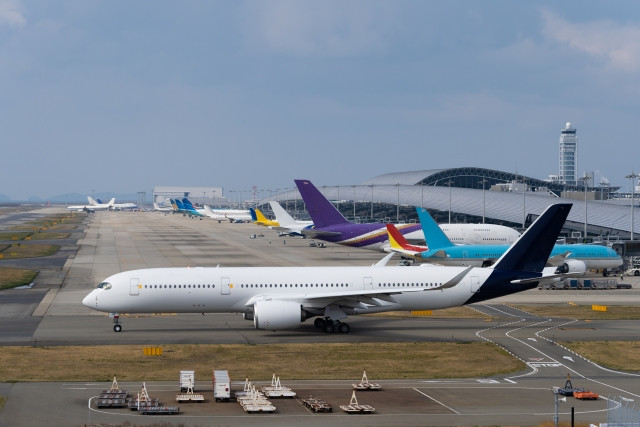 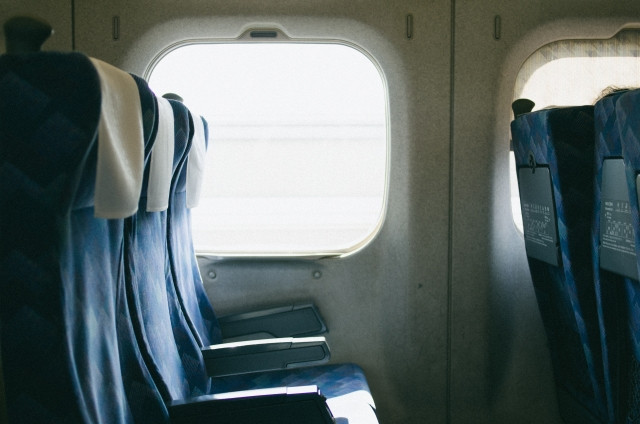 An essential ticket for traveling: The Japan Rail Pass

When talking about traveling in Japan, then you can not ignore its extensive rail systems. As a major method of transportation, a special deal is offered to foreign visitors! Japan Rail Pass is an unl... 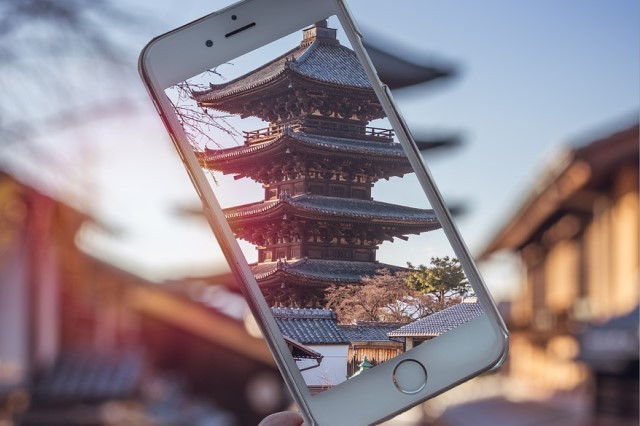 Economic and Material Convenience: How to Rent a Phone in Japan

Keeping in touch is a must, especially so when we are traveling. Renting phones is a popular choice for tourists in Japan because of its flexibility and cost. There are convenient ways for preparing y...