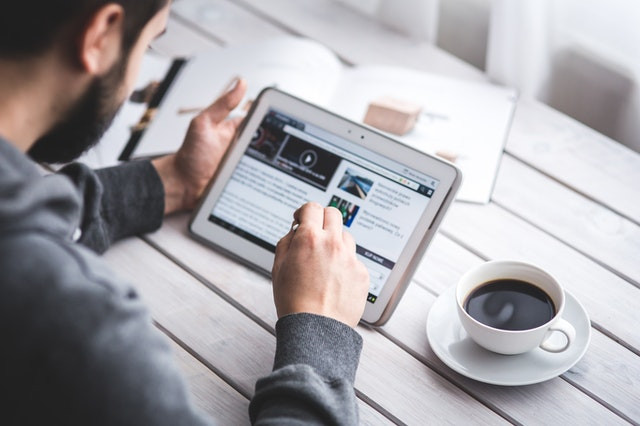 Whether you are a tourist or planning to stay in Japan for good, can’t read Japanese yet, but do not want to miss out on what’s happening around the world, Japan provides different news avenues, in traditional and online media, available in English for both local and international events.

Before we introduce English news sources, here’s a brief history on journalism in Japan.

The first journalist in Japan, Minamoto-no-Takakuni, played a huge part in the early history of Japan's journalism. He gathered information from visitors to Uji, his hometown, about the Imperial Court, recent events and people. The first two publications issued by him in 1045 were printed on wooden blocks. Then came news printed on hand-carved blocks.

Wars then prompted the development of modern newspapers. As time went by, foreign presence broadened in Japan; hence some Japanese newspapers published news in English. Then came one of the most notable foreign newspapers at the time, the Japan Advertiser of Tokyo. The branch offices were maintained in places where there were large numbers of foreigners like Yokohama and Kobe. Another was the Japan Chronicle of Kobe, which delivers Far Eastern affairs.

Fast forward to this day, Japan still indeed provides for foreign nationals with the availability of news in the English language! Foreigners can now easily access information on different platforms, whether it be through newspapers, radio, or the internet. 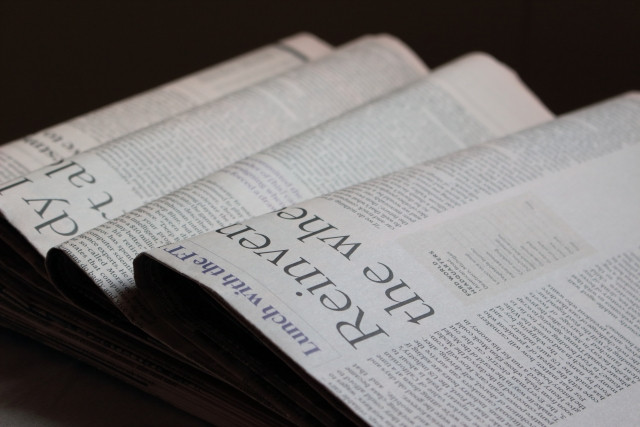 For a period, newspapers were considered as the information medium having the most impact in the country. However, the readership of printed newspapers continues to drop. In fact, according to a survey in 2018, newspaper prints declined by 5% or by almost 2 million. This is because staunch newspaper readers are mostly composed of the older population, and for the past decade, there has been a boom of the younger population who prefers digital media. This resulted in some companies or publishers transferring online.

Some printed newspapers available in English are Japan Times, Japan News by Yomiuri Shimbun and Asahi Weekly. You can usually find these at convenience stores and large bookstores in the city; however copies are limited so subscriptions would be a sure bet.

The Japan Times, located in Tokyo, was founded in 1897. It is the largest and oldest English-language daily in Japan with the purpose of addressing issues from a Japanese perspective with a side of filling in the gap between the US and Japanese relations. It has different publications like The Japan Times, The Japan Times on Sunday, The Japan Times Alpha (bilingual weekly newspaper), and books both in English and Japanese. This international newspaper, which now incorporates The New York Times, is highly regarded by leaders and business people interested in Japan. It can also be accessed online, and it has a sophisticated and user-friendly interface.

Each copy costs 230 yen while The Japan Times on Sunday costs 280 yen. The monthly subscription costs 5,660 yen per month (the price in December 2020). The subscription gives you digital access as well.

Another is Japan News by Yomiuri Shimbun newspaper. Formerly known as The Daily Yomiuri, this is an English-language daily that has the mission to present information and open Japan to the international scene. It's put together by Yomiuri Shimbun, the broadest and biggest circulation in Japan, making it an excellent local and international news source.

The monthly subscription costs 3,665 yen, which comes with a free one-week subscription as long as you call their hotline to apply. (price in December 2020)

Asahi Shimbun, another major newspaper in Japan, also provides Asahi Weekly, a bilingual weekly newspaper in Japan. This is a great option for people who are learning English or learning Japanese to cross reference the translations. Please check below for the online daily native English version.

Radio News in English in Japan 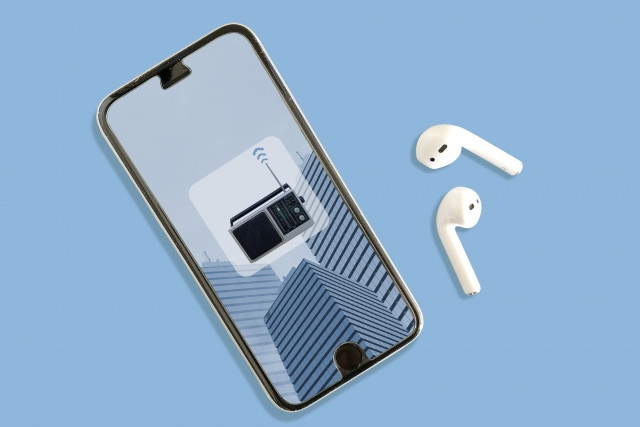 Aside from newspapers, there are other avenues for news like the radio and the internet. Some of the radio news is provided by American Forces Network, InterFM, and NHK World News.

You can listen to these options online or on the actual radio as well.

The American Forces Network (AFN) is operated by the United States Armed Forces’ American Forces Radio and Television Service (AFRTS). The purpose of this is to provide programming for US military locations outside America. AFN is a service of AFRTS aiming to provide America's taste by offering different programs from different networks like CBS, FOCX, CW, and NBC. AFN 360 can be accessed on computers or other devices. In Japan, AFN has five (5) local radio station streams: Iwakuni, Misawa, Okinawa, Sasebo, and Tokyo.

The InterFM started broadcasting in April of 1996. It all began when foreign residents in Japan could not keep up with the news during the Great Hanshin-Awaji Earthquake in 1995. There was insufficient information available in foreign languages; hence the foreign residents were left confused. Japan then allowed radio stations with foreign language broadcasts, and one of those is InterFM. InterFM can be heard in Tokyo through 89.7 MHz and throughout Japan via radiko.jp and Lismo Wave service. If you are a foreign resident, this is one of the means to keep up with the news. 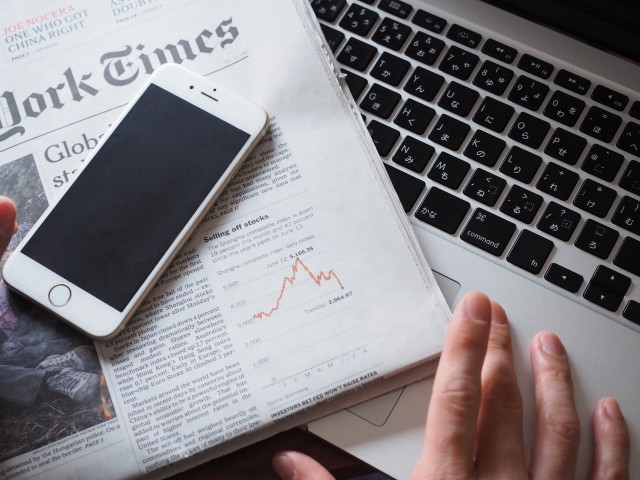 Until December 2020, Mainichi provided Mainichi Weekly, an English-language newspaper. However, now, all of it is solely online at The Mainichi’s website.

BBC or the British Broadcasting Corporation, founded in 1922, is an outstanding public service broadcaster based in the UK. It features world news, award-winning documentaries, and real-time events with varieties of information. In 2004, BBC launched a channel on Japanese TV with different shows having subtitles. However, in 2006 it was closed due to the cut of financial backing by Japanese distributors. Now, BBC Global News Japan can be accessed online and continues to be an affiliate of BBC Global News.

The NHK (Nippon Hoso Kyokai) World is Japan’s sole public media organization. It prides itself on impartiality since its funding comes from TV viewers, which prompts them to deliver unbiased news. To further promote the non-prejudicial broadcasting, it launched the “Time to Question” transmedia project in June 2020. It’s a survey aimed at gathering information and opinions from different people all over the world.

The latest among the online news Media, which was launched in September 2000, is Japan Today. It contains vast contents including news about politics, technology, celebrities, sports, businessmen, and pop culture, and the extent of such is beyond domestic matters.

Podcasts in the form of downloadable digital audio files are also a crowd favorite these days, and one online option is the Bilingual News Podcast featuring Michael and Mami. They are two friends who talk about different topics like philosophy, science, among others. Each read news items both in Japanese and English; then, there are discussions of their opinion on those topics. Since both of them are bilingual, Michael talks in English while Mami responds in Japanese, and this is really engaging and helpful for those bilingual listeners, and even for those who only understand one of the two languages - as they can slowly learn to listen to the foreign language based on reactions and common responses.. It’s a light-hearted and casual talk for those who want to learn English and/or Japanese and those who are open to opinions and random topics.

Aside from the above-mentioned, other websites like News on Japan and Asahi Shimbun offer news focusing on Japan and Asia. They can be easily accessed online and are offered in English. 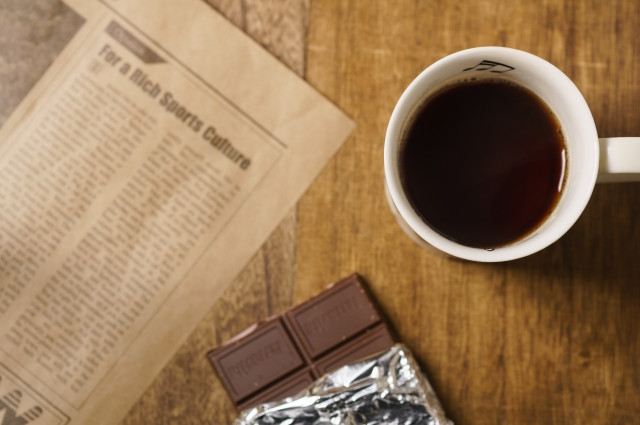 It’s pretty daunting to visit a new place where the language is different from yours. However, foreigners planning to visit or stay for a while in Japan should not fret as there are different sources available in English especially when it comes to news. Being updated on recent events and the conditions of the foreign country is important and Japan provides many avenues for this. 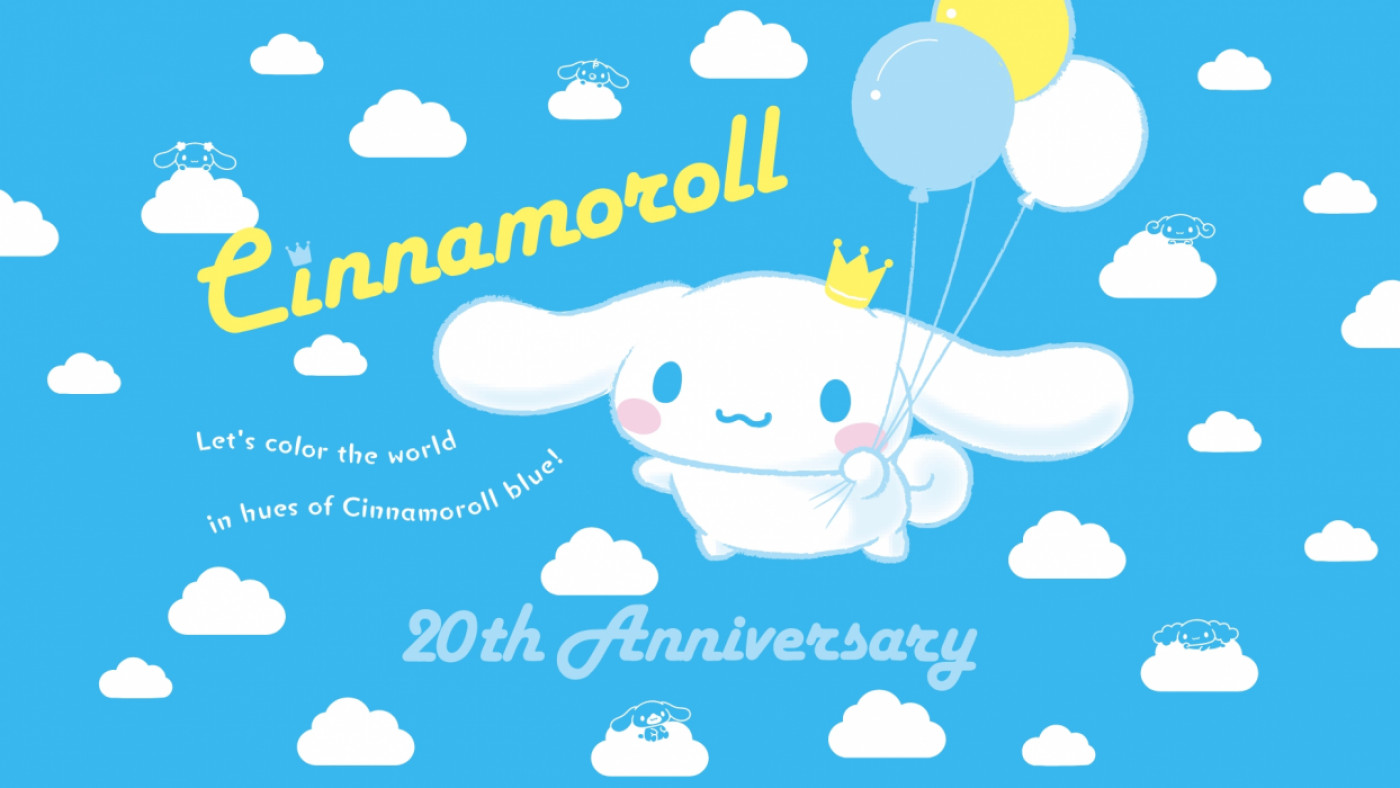 Cinnamoroll Things to Get, Food to Eat and Events to Visit for 20th Anniversary, Our Best Buy Picks

Sanrio’s beloved white puppy character Cinamoroll celebrates its 20th anniversary this year in 2022. In this article, we introduce our 20th anniversary Cinnamoroll picks, some themed foods ... 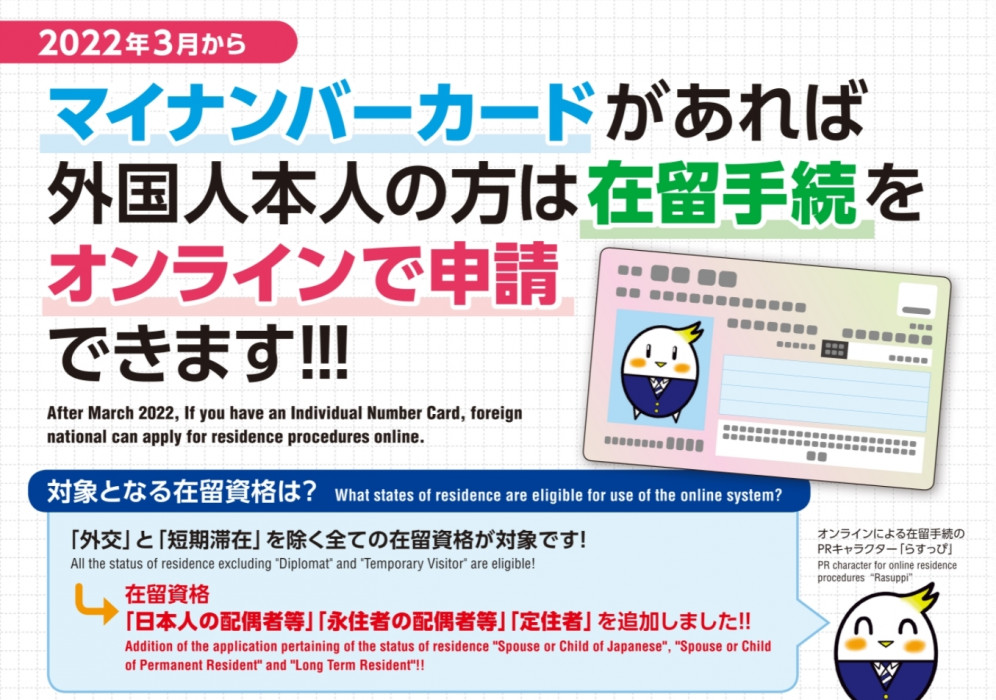 Visa Renewal in Japan Just Got Easier: Renew Online with a My Number Card

As a foreign resident in Japan, “Status of Residence” or “Visa Status” is very important. For a long time now, foreign residents have had to make trips to immigration for &ldqu...