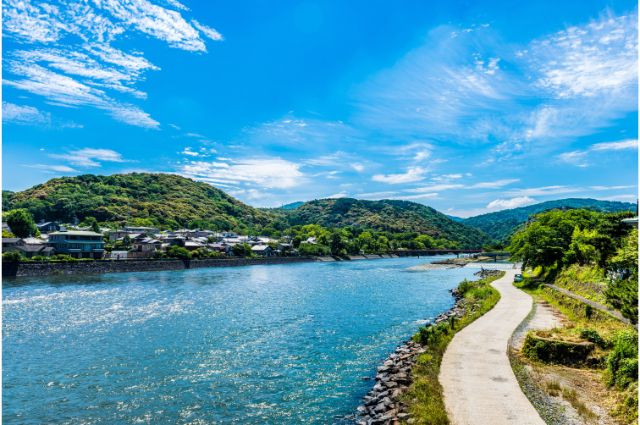 Not Only About Matcha: A Guide of Uji, Kyoto

Famous for its production of green tea Uji may be, but steeped in history and tradition, there is more than meets the eye in little Uji - a trip to the past? or perhaps a stroll amidst the flowers? Whatever it may be, It’s time for Uji.

Uji (宇治) is a small rural city situated south of Kyoto. Consider a side trip to this small town when visiting Kyoto, or drop by on your way through to Nara.

This historical town is famous for its World Heritage sites, renowned as the origin of the world’s first ever literature piece “Tale of Genji”, and known for its delicious Uji-cha (宇治茶: Uji Green Tea) and matcha (抹茶: Green Tea Powder).

This route is covered by the Japan Rail Pass (JR Pass).

The Keihan line is not covered by the JR Pass, so it costs 410 yen per trip.

For travellers with a JR Pass, taking a rapid train on the JR Kyoto Line to Kyoto then switching to the JR Nara Line to reach Uji will take about the same amount of time at no cost.

The easiest way to get around Uji is on foot. Except for Mampuku-Ji and Mirumoto-Ji, most of the attractions are located around the city centre.

Mampuku-Ji is a good half hour’s walk from the station, whereas Mimuroto-Ji is around a 25 minutes walk away, with slopes. These 2 places are easily accessible by public transport (+ a short walk)  for those willing to spend for comfort.

What to do in Uji

Back to the Past: UNESCO World Heritage Site 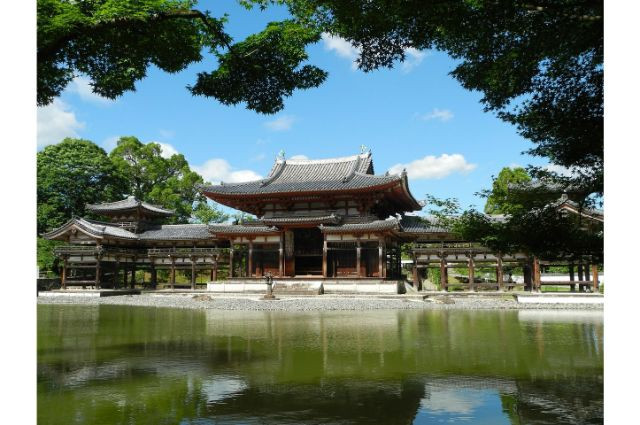 The World Heritage site Byodo-In (平等院) and its spectacular Phoenix Hall is a MUST-SEE. Compare this ancient building to the back of a 10 yen coin - see any similarities? Don’t forget to bring your camera as the view of this impressive architecture from the lotus pond is not a shot you want to miss.

Explore this temple with its many sculptures, ancient artefacts, and stories. Take a break at the teahouse for some refreshing green tea or admire the seasonal flowers in its lush gardens. 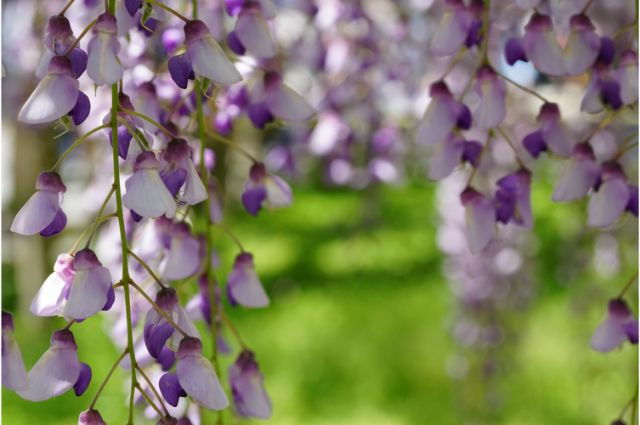 A full walking course of the temple exploring its every nook and cranny takes around 90 minutes. 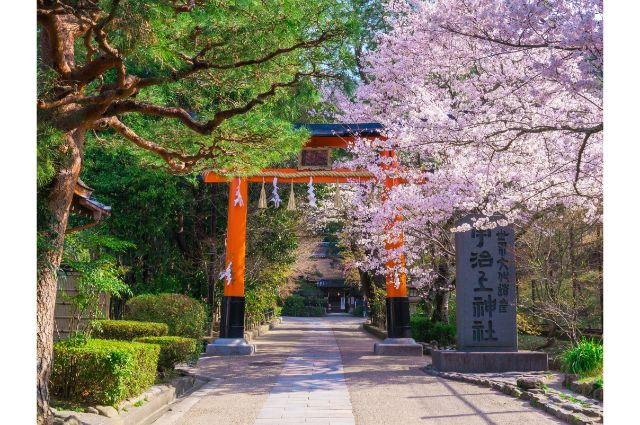 Recognized as a UNESCO World Heritage site, Ujigami Shrine (宇治上神社) is estimated to have been established in 1060.

Adjacent to Ujigami shrine is Uji Shrine (宇治神社) where many people, especially students, come to pray for academic success. The 2 shrines used to be a part of one another until their separation during the Meiji period. There is an interesting story behind the separation of the shrines leading to a legend about rabbit which explains the rabbit motifs around the shrine. Have a look into it if you’re interested.

Explore the ancient shrine and enjoy the contrast of its natural demeanor to the brightness and regality of Byodo-In.

Before leaving, get an adorable ceramic fortune bunny as a souvenir! But be careful, it’s delicate. 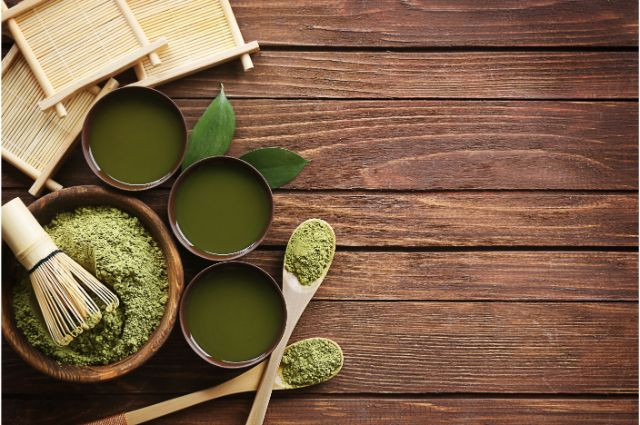 Matcha and Uji and more!

Relish your taste buds with refreshing Uji-cha, Uji-matcha and green tea flavored snacks. Perfect for recharging or to satisfy the munchies. Here are some places you can visit!

For Tea and Matcha Sweets

For a Learning Experience

For more about Uji Matcha, check out this article:
Uji Matcha: Treating yourself to the best

Uji and the Tale of Genji 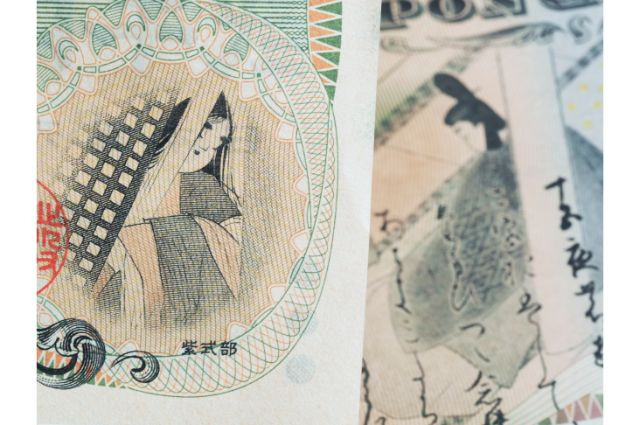 Written by noblewoman Murasaki Shikibu in the early 11th century (Heian period), The Tale of Genji (源氏物語: read as Genji Monogatari) tells the story of Hikaru Genji (光・源氏: Shining Genji ) and his many, many romantic adventures. The setting of the last 10 chapters of the novel is in Uji, so for fans of the novel, this is a great opportunity to really step into the world of Genji.

For those interested, the classic novel has been translated into various languages including English. In fact, the English translation has been redone several times to further encapsulate and preserve the emotions and style of the original text.

Genji’s life story has also been adapted into other media, including comics (漫画: manga), films, opera, theatre and anime. 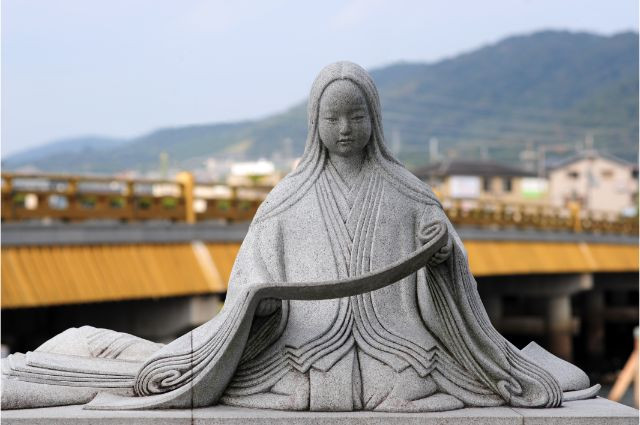 Meeting The Great Authoress Herself

On one end of Uji-bashi (宇治橋: Uji Bridge) is the majestic statue of the world’s first novelist, Murasaki Shikibu.

A statue of characters from the final ten chapters of the Tale of Genji, Ukifune (浮舟) and Prince Niou-no-Miya(匂宮) aboard a floating vessel, can also be found near Asagiri-bashi (朝霧橋). There is a wondrous view of the river from the top of the bridge - the bridge itself in its vermillion splendour is a marvellous and photogenic sight to behold.

The Tale of Genji Museum

After visiting Murasaki Shibu’s statue, cross the Uji-bashi and head towards the museum. Here, you can learn all about this world famous masterpiece through re-creations of scenes in the novel. Be prepared to spend a couple of hours going through the movies, art pieces, and costumed figurines. Get transported into the world of Genji and the lives of people who lived during the Heian period.

The movie shown at the museum is only available in Japanese but fortunately you can pick up an English audio device at reception to help you explore the museum and to understand the movie.

A Little Further Away 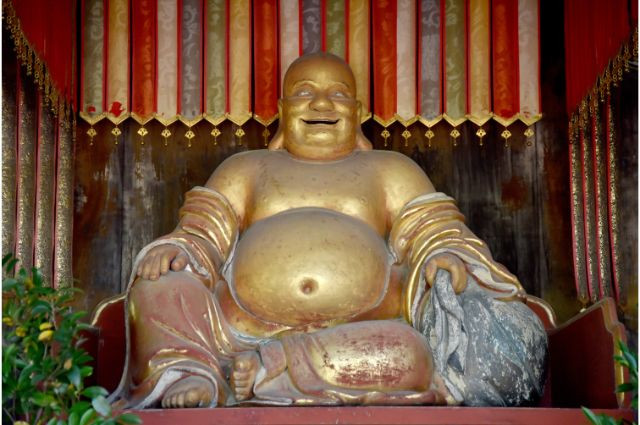 Mampuku-Ji (萬福寺) is known as the “Greatest Chinese-Style Temple in Japan”, thanks to its structures carrying a much more Chinese appearance in contrast with other Buddhist temples in Japan. Built in 1661, it is the head temple of the Zen Obaku Sect. The temple was founded by Ingen Ryuki who was originally from China. He came to Japan upon invitation and made Japan his home. His arrival brought with him Chinese influence which served as inspiration in various fields including art, calligraphy, medicine and food.

Don’t miss the vegetarian food in the temple prepared from fresh mountain vegetables in a Chinese style. Due to its popularity and limited availability, make reservations ahead of time. 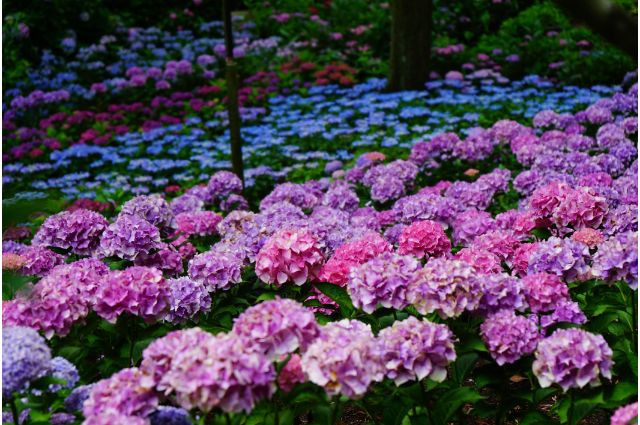 Known as the “Flower Temple”, Mirumoto-Ji (三室戸寺) is located north of Uji. It’s a little distance away from the city centre but well worth the trip for a breathtaking view of the enormous gardens filled with varieties of flowers throughout the seasons.

There’s plenty of things to do and explore in this temple, such as the main hall, the majestic three-tiered pagoda, the lucky ox statue (it is said that touching the ball in its mouth will lead to victory in endeavors), the wish-granting rabbit statue (make a wish and reach for the egg-shaped object in the stone structure front of the rabbit (if the object is standing your wish will come true), and more. 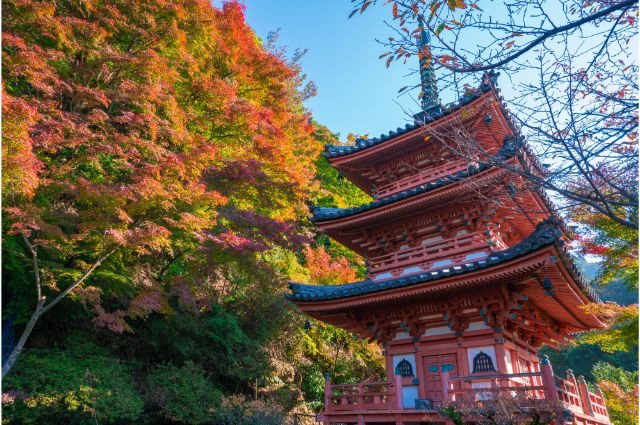 Looking to go on a daytrip from Kyoto, or even Osaka or Nara? Look no further! Uji is the perfect place to visit. Escape the hustle and bustle of city life, reconnect with nature and find your inner peace. 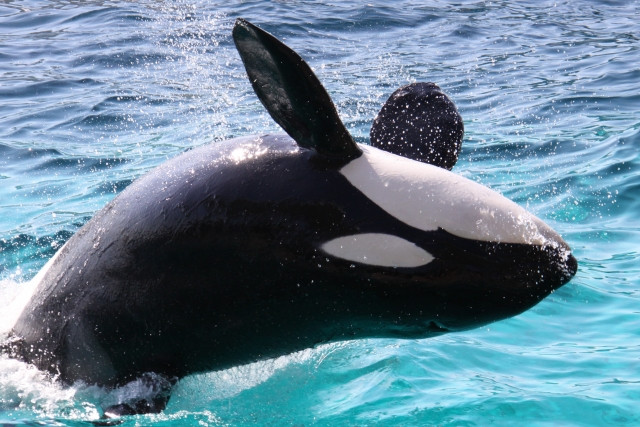 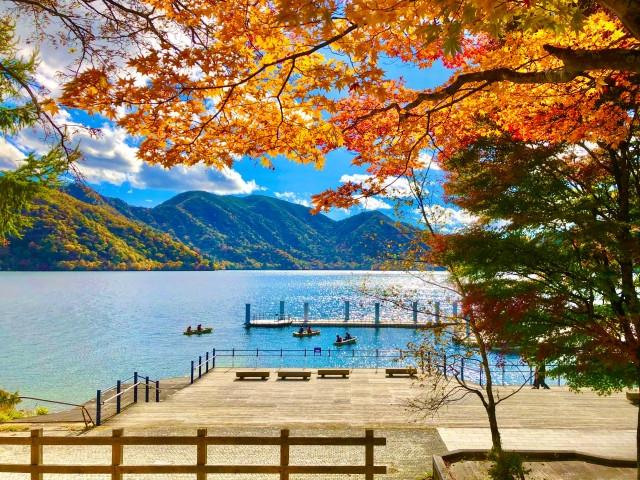