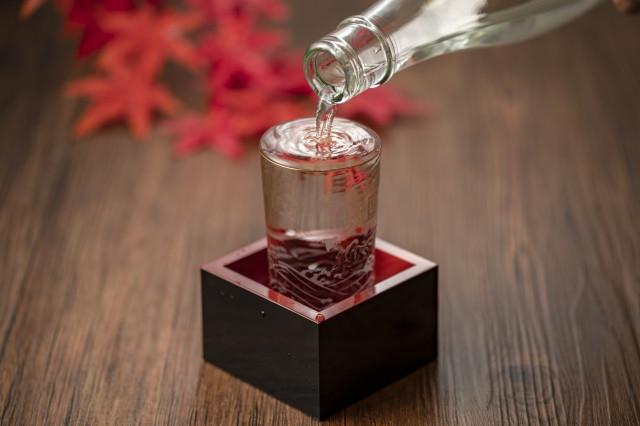 The Various Types of Japanese Alcohol

Sake, shochu, whiskey, beer, and fruity liquors. Japan has an assortment of various alcoholic beverages to be enjoyed at nomikai, traditional events, festivals, social gatherings, or just to crack a cold one at the end of the day. Learn about Japanese alcohol history and the available types.

The Beginning of Japanese Alcohol and Drinking Culture 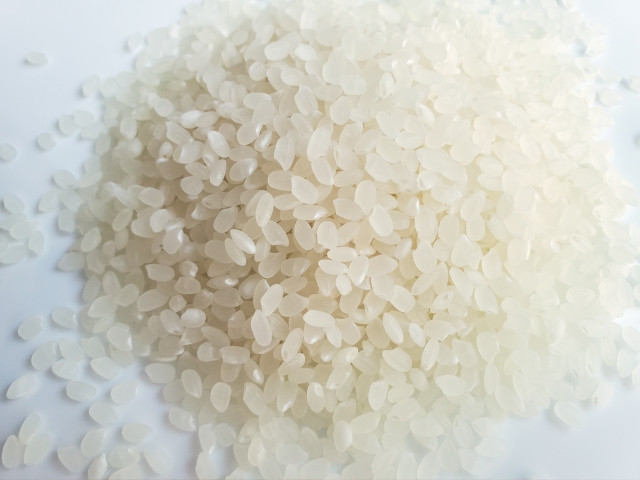 Just like many things in Japan, alcohol is deeply ingrained in Japanese tradition and culture stemming from its thousands of years of history. Although there is no concrete evidence, it is surmised that the knowhow of rice cultivation and making alcohol was from China sometime in the 2nd century BC or earlier.

The first written record and evidence of alcohol in Japan was from a 3rd century AD Chinese document with accounts that the Japanese partook in this drink for solace in times of mourning. Findings of several documents from 6th to 10th century Japan showed that the Imperial Courts had developed great interest in refining sake brewing methods.

As time passed, production shifted from royalty to religious institutions, and then commercialization in Kyoto. The hundred or so years before the 19th century was when the sake industry really took off in Japan. In present day Japan, the sake industry has shown a decline as other forms of alcohol like beer and whiskey became available. To combat the decline, sake breweries and izakayas have started to innovate sake with new flavours or cocktail concoctions. 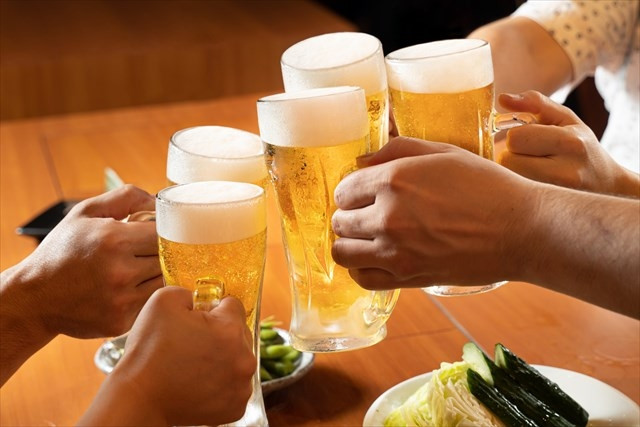 Alcohol is deeply rooted in Japanese culture, whether it is everyday life, festivities, or religion. You’ve probably heard of Nomikai or drinking parties, which is a huge part of the work culture here.

Not sure what Nomikai is? Check our dedicated article:
Deconstructing the Japanese after-work culture: Nomikai

Aside from that, alcohol is also a huge deal for events like Hanami (flower viewing or cherry blossom viewing) and Matsuri (festivals), especially summer matsuri. At these types of events, food stalls lined up along the street or pathway is a common scene. Drink vendors with cold cases stuffed full of ice to keep the beverages cold - ramune, softdrinks, and of course beers.

For more about Hanami, check:
Tokyo Cherry Blossom Season:
The most popular spots to see sakura in Tokyo

Finally, in Shintoism, sake is often used as a religious offering in prayer to deities and ancestors. At times, this can be a highlight of a Shinto festival when sake is given as the highest form of gifts to a deity. Ceremonial sake is also drunk at Shinto weddings.

Without ado, let’s have a look at the types of alcohol made in Japan: 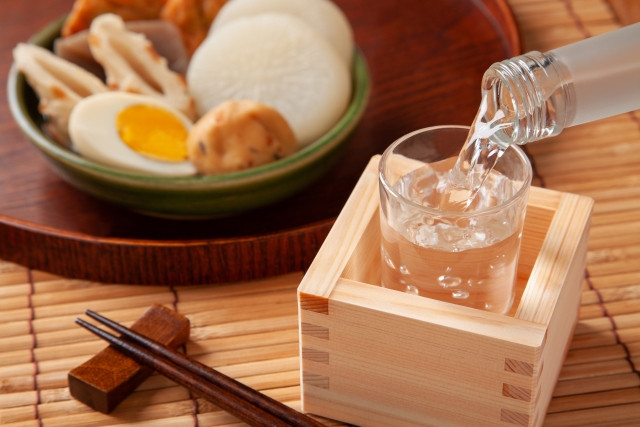 An alcoholic beverage made with 3 base ingredients of rice, water, and koji.

What is koji? Koji or koji mold is unique to Japan. It is a fungus that is invaluable to the sake making process. Koji releases enzymes to break down the rice, it also aids the fermentation process.

Depending on the brewing method, aging period and even temperature, sake’s colour, taste, smell and texture will transform. Sake can be served hot, cold or room temperature; hot during winter is especially nice. Generally, sake is served in special cups and vessels - ceramic cups, lacquerware, masu (wooden), tokkuri.

Sake is usually pretty strong with an alcohol content of 18 ~ 20%. Just like red wine goes well with red meat and white wine with seafood, the different types of sake pair differently with certain foods, such as fish. 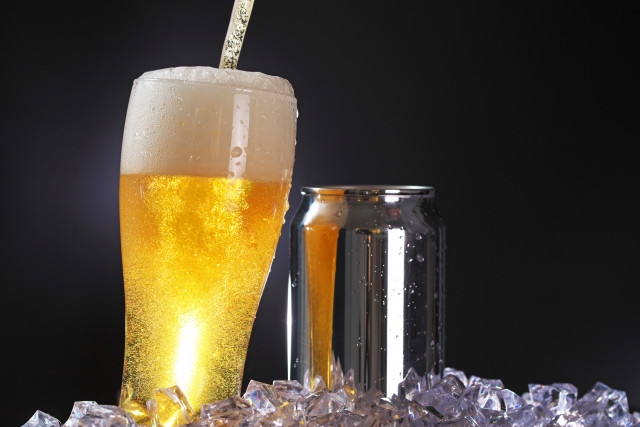 Although sake was the most popular in earlier times, it has been surpassed by beer as the most consumed beverage in the country in recent years.

Beer was first introduced to Japan by the Dutch during the 17th century. The following century in 1853, Koumin Kawamoto attempted to make beer following a Dutch recipe which kicked off the beer-making industry in Japan. Finally in 1872, the first Japanese beer headed by Shozaburo Shibutani started sales in Osaka.

The most popular beers in Japan include Sapporo, Asahi, Kirin, and Suntory. The alcohol content ranges around 5%. If you’re really keen on beers, we recommend visiting a beer factory in Japan where tours and beer-tasting are generally free.

Sake and Japanese Beer are pretty common news but did you know that Japan also makes spirits (or liquor depending where you’re from)? Aside from original liquor type Shochu, Japan also has their own unique take on whiskey, gin, and vodka. 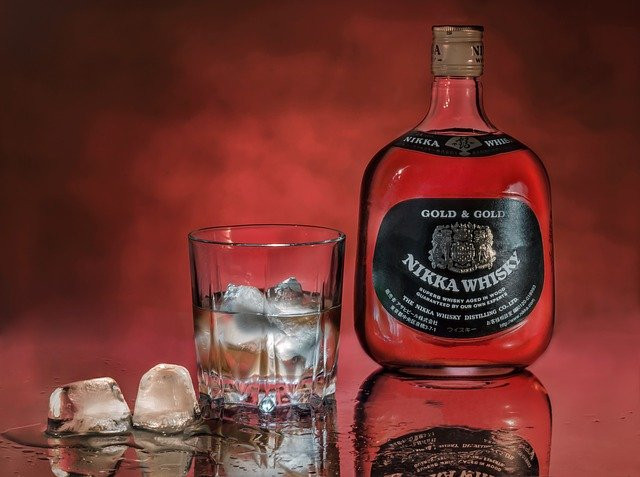 Whiskey was first introduced to Japan in 1853 by American Commodore Matthew Perry when he gifted a barrel of his best whiskey to the then reigning Emperor. Some time after that, whiskey imports started until the first Japanese whiskey was made in 1923 by collaboration of Masataka Taketsuru and Shinjiro Torii.

The tale of Masataka Taketsuru, also known as the Father of Whiskey, is an interesting and romantic one. In 1918, he travelled to the land of whiskey aka Scotland to learn the finer arts of whiskey distillation. Between his university studies and apprenticeship at distilleries, he met Rita, his future wife. Taketsuru, and his Scottish wife Rita, returned to Japan in 1920.

TIP
You can visit the Nikka Whiskey Distillery in Yoichi to try freshly made whiskey. The restaurant also serves food with a special menu of Rita's own dish recipes. Not to mention, you can catch a glimpse of Father Whiskey's old office as well as the couple's old living space. 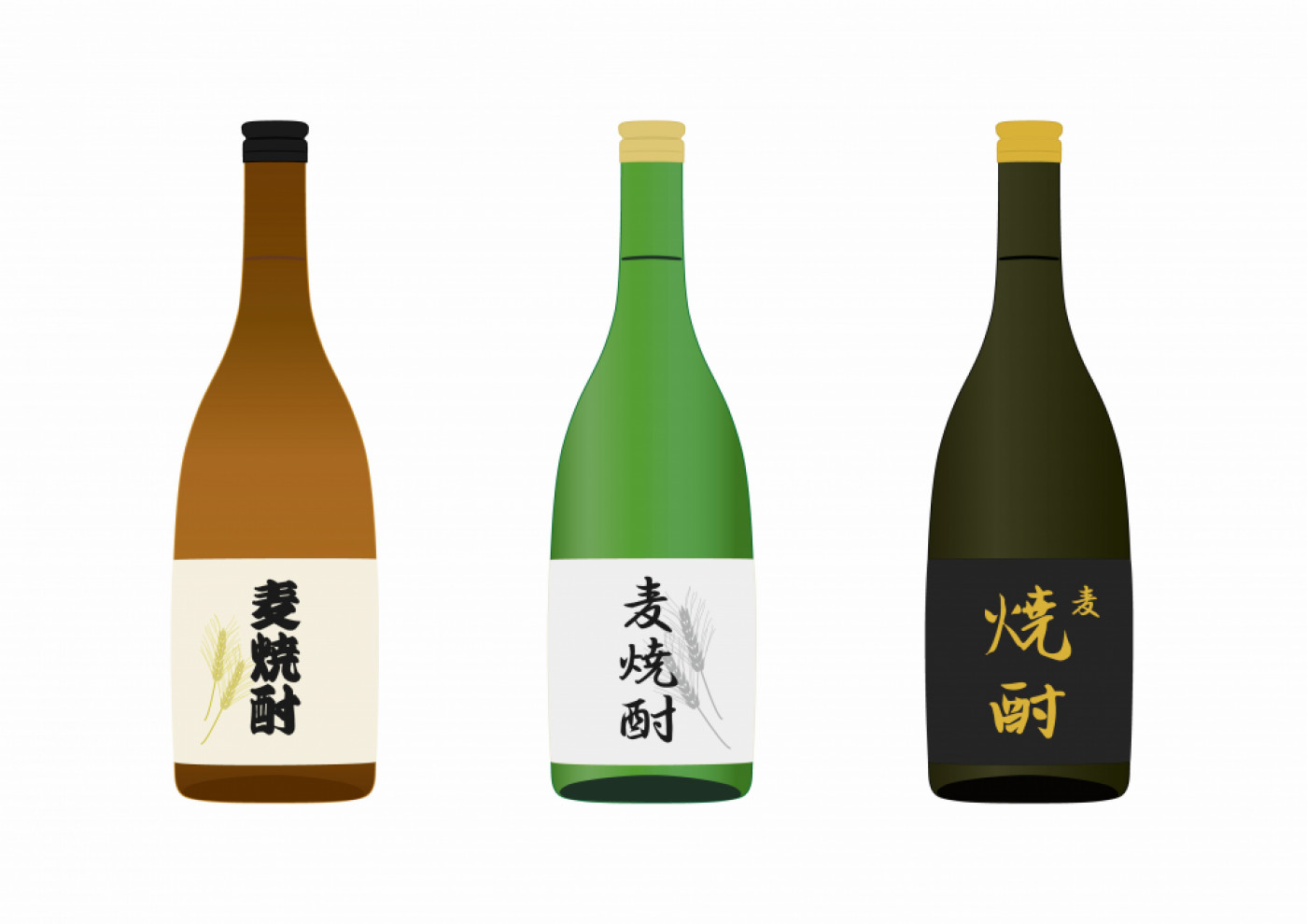 Earlier forms of Shochu, at least 500 years ago, were made from rice and grain. In contrast, Shochu in later years are made from vegetables and grain, especially tubers. The main difference between Shochu and Sake is the creation process. Where sake involves fermentation which makes it close to wine, shochu is distilled like whiskey.

Shochu has an alcohol content of 25~30%, which is way stronger than sake. Therefore, it is often watered down with hot or cold water. This is called mizu-wari (水割り) in Japanese. 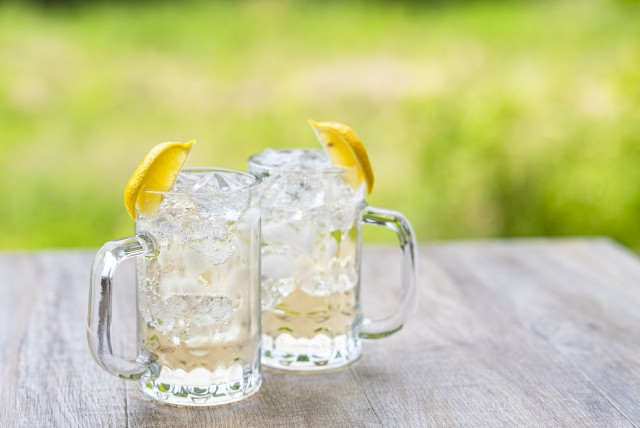 Or Chu-hi, is the short form of Shochu-Highball. As its name implies, it is a Highball with Shochu as the spirit.

What is Highball? Highball is a mix of a spirit (or liquor) with a mixer which is a non-alcoholic beverage. This can be anything from sparkling water to soft drinks.

The mixers for Chu-hai are usually fruit juice. The beverage first appeared in Japan as a response to the lack of sake at the time. Since then, Chu-hai has become a popular beverage especially amongst women due to its sweetness and lower alcohol content. The most popular flavours are citrus like lemon and grapefruit, but they also come in kiwi, peach, grape, and more. 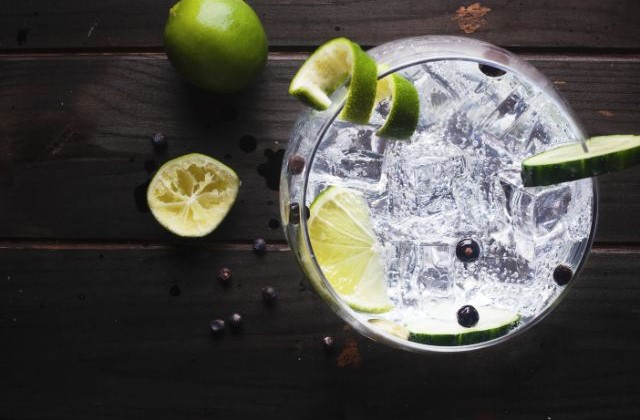 2017 marks the year Japan entered the world gin market. This came as the continuation of 2016’s success story when the first gin distillery in Japan opened in Kyoto. Following in Kyoto Distillery’s footsteps, other distilleries around Japan started making their own gin.

Made from the distillation of wheat or barley, Juniper, and optional ingredients for aroma and flavoring, gin has the widest choices of flavours amongst spirits. At Kyoto Distillery, yuzu, green tea, bamboo leaves, and ginger are amongst some of the ingredients used to enhance their gin. 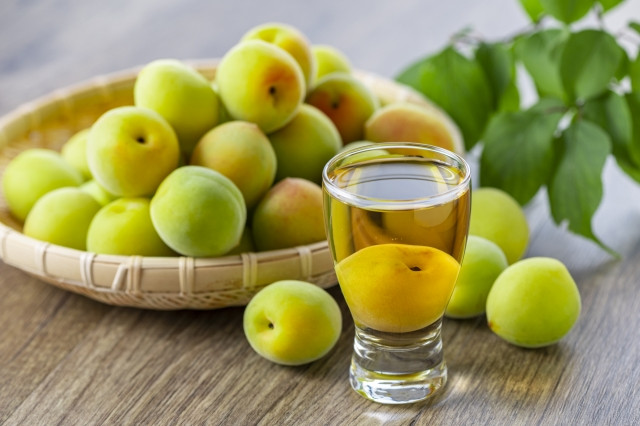 The most well known fruit liqueur, or Kajitsushu (果実酒), not just in Japan but around the world would be Umeshu, which translates to plum wine. The other types of fruit liqueurs in Japan include Mikanshu (Mandarin Orange), Yuzushu (Yuzu), Kiwishu (Kiwi) and so on. If it’s a fruit, it can be made into fruit liqueur which is made by macerating fruits with a mixture of alcohol and sugar.

It is possible to make your own fruit liqueur. As summer approaches, supermarkets in Japan start selling homemade-kits. 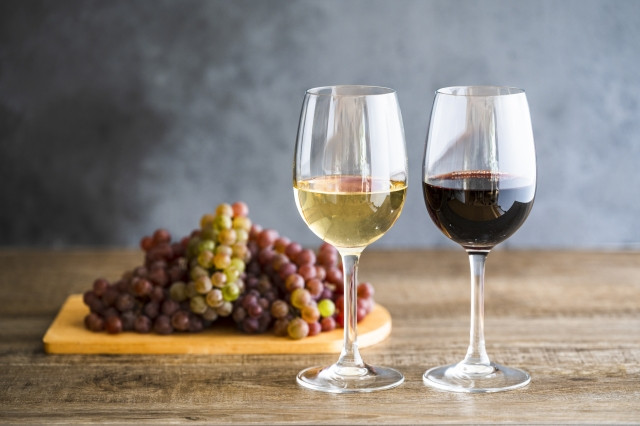 Although Japan has been growing grapes for hundreds of years, it wasn’t until the late 1800s when wine production took off in Japan around 2 centuries after wine was first introduced to Japan by the Portuguese. In 1877, Masanari Takano and Ryuken Tsuchiya visited France to learn how to make wine. And viola, Japan started planting grapes for wine-making and producing wine.

Read more about wine here: Kanpai! The Cost of Wine in Japan

Some Japanese alcoholic beverages may be confusing with their similar sounding names, taste, and appearance. For a quick and handy guide, here’s the difference between these similar drinks:

Most popular being lemon sour. Shochu based. Fizzy from sparkling water mixer.

Other Drinks to Try

Aside from the most popular drinks, here are some lesser known ones you can try.

Not feeling it tonight? Big meeting tomorrow? For a break from alcohol drinks but still wanting the familiar taste, try Asahi Dry Zero, a non-alcohol “beer”.

Not fond of the bitterness from beer? Similar to Sapporo Beer, Suntory’s Kinmugi is not bitter. It is light and refreshing, a good choice for someone new to beer.

Usually drunk during New Year’s, Amazake is a sweet low or no-alcohol drink made from fermented rice. Available in supermarkets, it has a porridge-like consistency with mushy rice bits. It can be drunk both hot or cold. 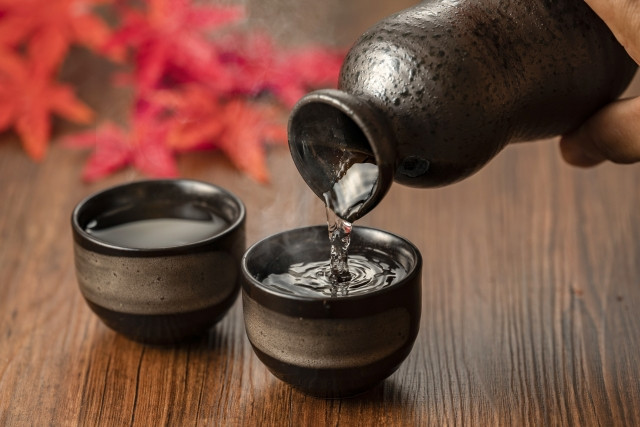 One of life's greatest pleasures is drinking. With so many options available, not to mention seasonal specials, drinking becomes even more exciting and fun in Japan. From enjoying a beer in summer, to classy traditional sake drinking in ryokan, and solemn exchange of cups during weddings, there are so many occasions you can experience drinking. Let’s not forget the various food pairings we’ve yet to cover! On your next visit to Japan, skip the car rental and get drinking.

NOTE
Drinking and driving is illegal in Japan. 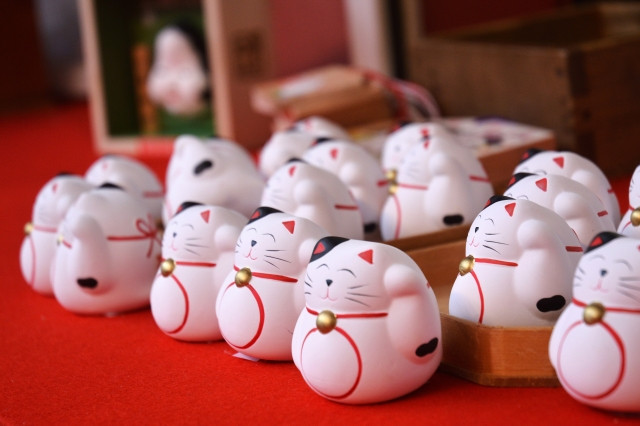 In this article, we explain everything there is to know about Japan’s beloved fortune bringing cat statues. From the legends pointing to the cat’s origins, what cat breed the maneki neko i...

All About Cat Cafes in Japan

Coffee and cats in a cozy cafe setting, it’s no wonder cat cafes are all the rage. In this article, we introduce to you cat cafes and also rescue-cat cafes in Japan. Plus, what you should expect... 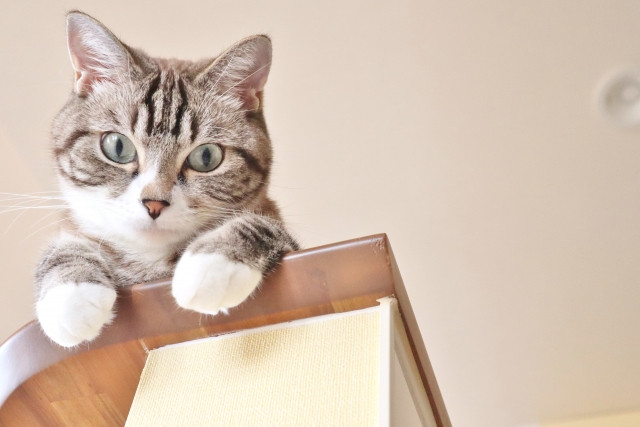 Cats are well-loved in Japan. Not only are they kept as beloved pets treated as family members in people’s homes, they also hold a special place in Japanese folklore, culture, and mythology; lik... 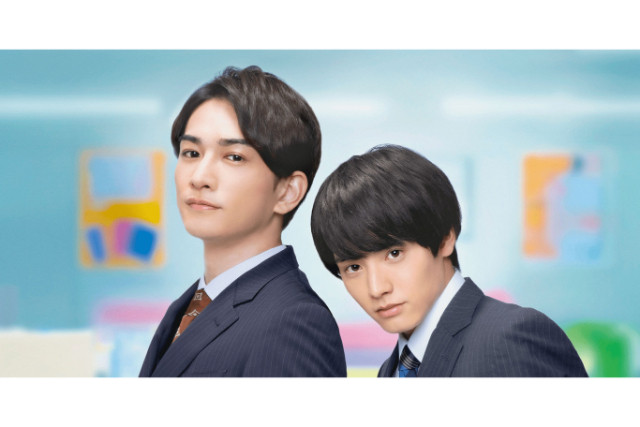 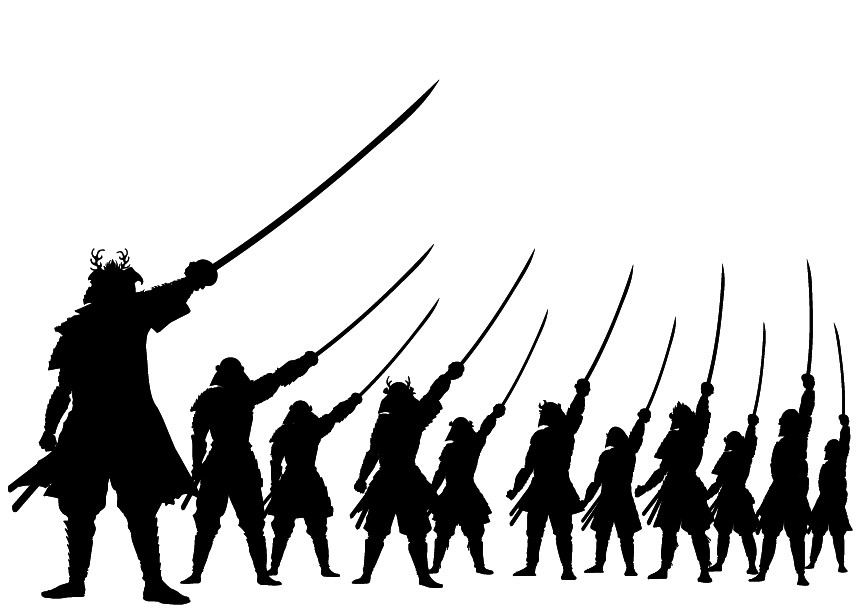