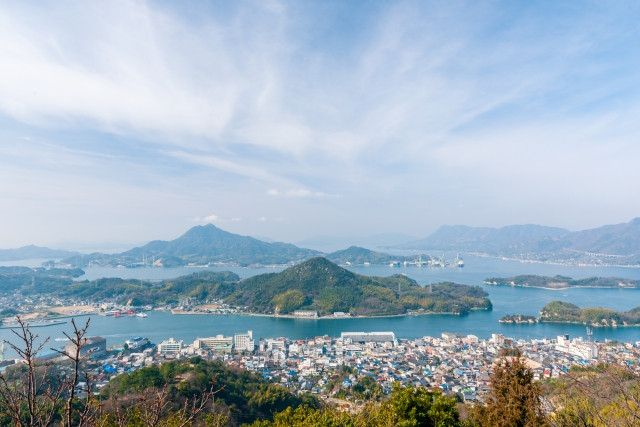 All About Shimanami Kaido

Shimanami Kaido is an expressway considered to be one of the most beautiful routes in Japan with its breathtaking scenery of the sea and islands of the Seto Inland Sea. It is a roughly 70 km route beginning in Onomichi and continuing all the way through to Imabari in Shikoku.

Shimanami Kaido, also called Nishiseto (West Seto) Expressway, is a route that passes through six islands, namely Mukaishima, Innoshima, Ikuchijima, Omishima, Hakatajima and Oshima, on the way connected by several modern and unique bridges including the world’s fourth longest cable-stayed bridge. Travellers are drawn here because they can see the Seto Inland Sea the entire way during their travels, no matter which method they choose to travel by.

How to Get from End to End of Shimanami Kaido

There are various means to travel through Shimanami Kaido. It can be crossed by bicycles, mopeds, pedestrians, buses and even cars. You can even travel the distance by ferry. However, cycling is the most popular mode of transportation especially for people who love adventure and are interested in enjoying the view on the way. But first, let's look more specifically at the different options for travelling along Shimanani Kaido, starting at the Onomichi end:

Why is cycling famous in Shimanami Kaido? 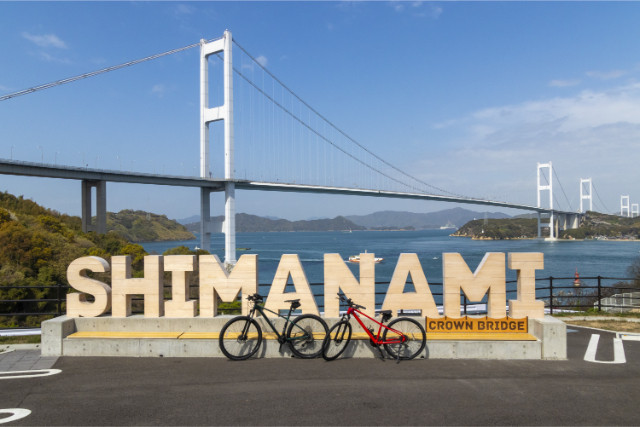 Now comes the most popular means of transportation - cycling.

Shimanami Kaido has a bicycle lane that starts from the Onomichi Station area in Hiroshima Prefecture and goes all the way to Imabari in Ehime Prefecture. The cycling path connects the six islands in the Seto Inland Sea.

The best part about cycling is the journey, as on the way one can witness the gorgeous view of the Seto islands and sea at your own pace. People choose to cycle Shimanami Kaido because they can travel more freely, including off the road and without rushing. They can stop and enjoy the relaxing scenic view, achieve that incredible sense of accomplishment, and get a good workout too!

Just a tip: you can of course customize your cycling plan. If you are not a cycling enthusiast or are traveling with people who may have trouble making the entire trip, you can choose to cycle in small parts of the 70 kilometer path and then take the nearest ferry or bus.

There are 14 bike rental stations on each of the islands. For renting these bicycles, you do not need a deposit in advance - but you do need to pay a deposit that you only get back if returning the bike to the exact same rental spot, and you can book online which is recommended for peak tourism seasons. The charge for a regular bicycle is 1,100 yen per day and for electric bicycles, it’s 1,600 yen per day.

For a limited time until March 31, 2022, toll charges are exempt for cyclists. Otherwise, it costs abouts 500 yen one way from Onomichi to Imabari or vice-versa, so have a little extra cash on you for that.

It may take only one day to complete the ride or you can also choose to spend a night or two on one of the islands to explore the area more. There are various locations for cyclists to rest along the way, called Cycle Oasis. Many campsites and hotels are also available on each island. Of course, professionals can complete the ride much earlier if they so wish.

Attractions on the Way to Each Island

Like mentioned earlier, this expressway crosses six islands and each of them has attractions for its visitors. While you won’t be able to see much of each if just passing through in a single day, we do recommend stopping and checking out the sights as well as exploring a little off the main course to get the full experience. And if you have the time, staying a night on one of the islands is a great way to get more time to explore leisurely as well as eat more of the exclusive island food! 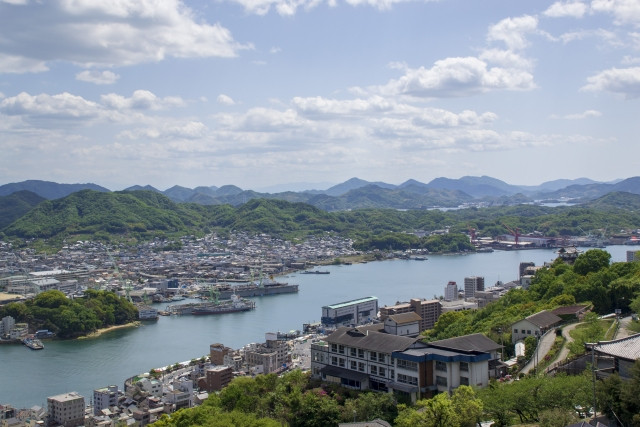 Mukaishima (or as some say, Mukaijima) is first on the Shimanami Kaido Expressway when starting from the Onomichi side. It’s so close to Onomichi that it’s often featured in photos of the Onomichi coastline. You could take the bridge from Onomichi to Mukaishima or take the ferry instead (most people prefer to take the ferry as it’s easiest). Flowers are very popular on this island and there’s even an Orchid Center.  Other spots to check out include Tachibana Seaside Park, and if you have time, a detour to Iwashijima. Make sure to check out USHIO CHOCOLATL, a highly rated Mukaishima chocolate factory! 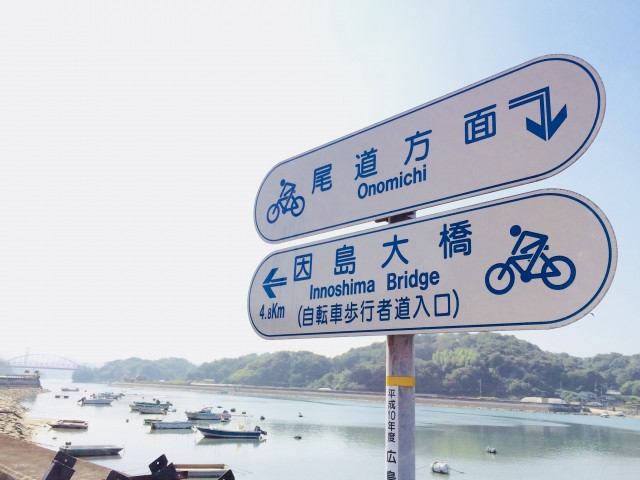 You would then find yourself crossing the impressive Innoshima Bridge (the bike path is under the road for the cars!) to Innoshima.

The main attraction on Innoshima is the Innoshima Suigun Castle, which was built fairly recently in 1983 as dedication to the pirate clan, the Murakami, who used to use the island as a base. There’s even a museum showcasing the Murakami clan’s life and legacy.

Visitors can try on samurai armor as well. And the view from the castle is amazing, so don’t miss out on a visit. Please note that it costs 330 yen for adults and is closed on Thursdays with some exceptions. Please check the opening dates and times here.

Other than the castle, it is also famous for Innoshima Flower Center and while you are here you must try Hassaku orange rice cakes, as the island is known for the Hassaku citrus fruit. 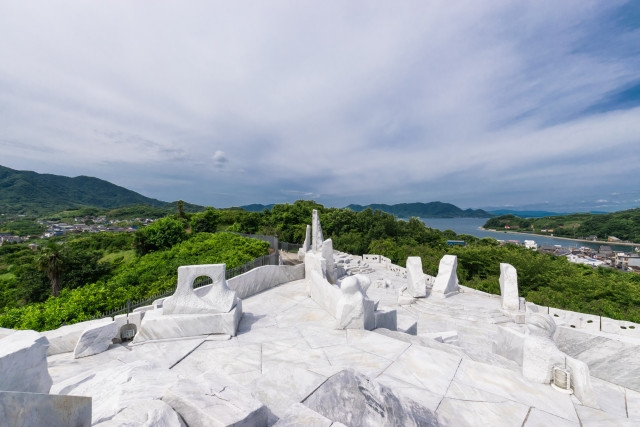 One of the huge draws of the island is Kosanji Temple, which was built by a man named Kozo Kosanji in 1936 who dedicated the temple to his mother.  On the same grounds is Choseikaku Villa which is designated as a Registered National Tangible Cultural Property. There’s also Miraishin no Oka, a white marble garden with an amazing lookout point.

Apart from the Kosanji Temple there are a number of other attractions on the island which includes the Hirayama Ikuo Museum of Art Museum which houses the work of Hirayama Ikuo who is renowned for his Nihonga (Japanese traditional style) work and his depictions of the Silk Road.

And make sure to try lemons or products made with lemons on the island as it’s Japan’s top producer for the yellow fruit! 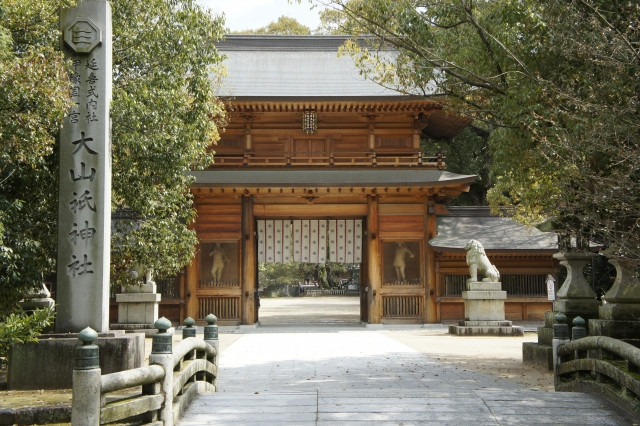 Omishima is the largest island of the Shimanami Kaido so there’s lots to do and explore.

Oyamazumi Shrine is on the must-visit list of most people who come to this island, usually for its large collection of samurai weapons and armor. If you are fascinated by that particular side of Japanese culture, the collection is sure to impress you. Not only that but parts of the shrine are designated Important Cultural Properties, whether nationally or prefecturally.

There are also various other museums on the island to check out, as well as cafes, and even a waterfall! This island also has some highly recommended seafood restaurants, where you can get fresh seafood from the Seto Inland Sea! 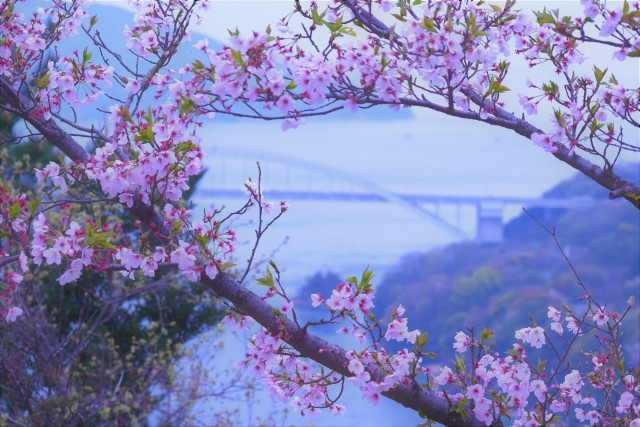 Hakatajima is the 5th island in the route from Onomichi. Like the other islands it has amazing views of the sea and beautiful beaches as well. One of them is Hakata Beach, which has an area for people to swim and another section called Dolphin Farm where visitors can camp and also see and swim with dolphins! There’s various courses to see, touch and swim with the dolphins with different price packaging. Reservations are required.

Another thing you should know about the island is that it has a salt factory. Thus you can try out various types of food that the island is famous for using salt, including salted vanilla ice cream and salt-based ramen.

Also another place to remember is Hirayama Park which has a fantastic view to begin with, but it is especially gorgeous in spring when the cherry blossoms are in full bloom. 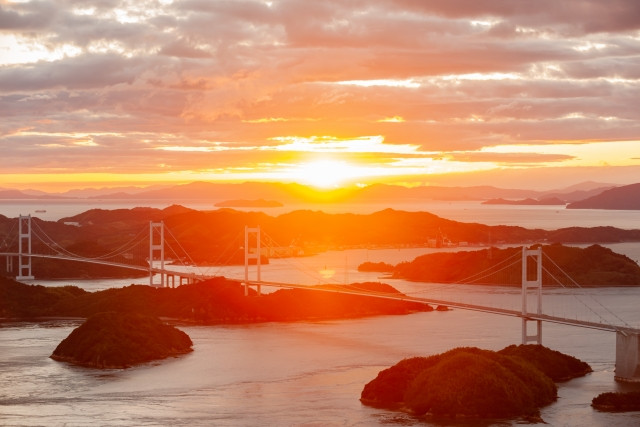 Not to be mixed up with Oshima in Tokyo, Oshima is the very last island before reaching the mainland of Ehime Prefecture in Shikoku. It has quite a bit of steep slopes so save your energy for this island (or of course, you could come from Imabari instead and make it your first island).

While we’ve been raving about the views from various islands, Kirosan Observatory Park has one of the best views of all.

Murakami Suigun Museum is an entire museum dedicated to the pirates we first mentioned in Innoshima. You can even overlook ruins of a fort they used to have.

There's also a free Rose Park on the island where you can see approximately 3,500 roses of 400 types in spring, summer and autumn. There are times in the summer that it’s closed one day a week so check the website for that information. 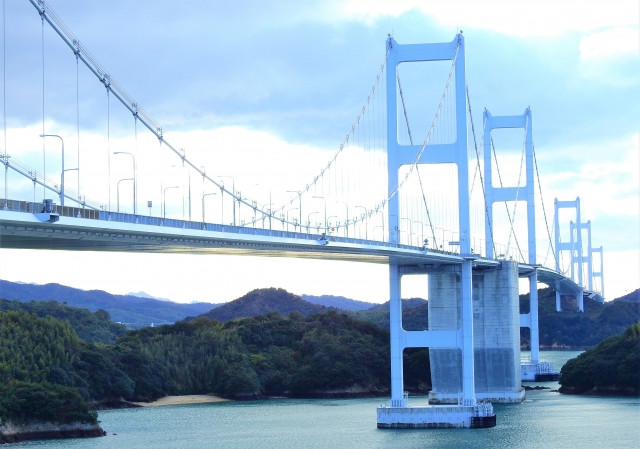 If you were in a dilemma whether to visit Shimanami Kaido or not, then we say don't think twice! Just book your tickets and head to this magnificent expressway. Even better, if you could stop by on some, if not all!, of the islands along the way, you’d have an experience that many Japanese people haven’t even had. If you have the time and energy, this is a great and beautiful place that you shouldn’t miss. 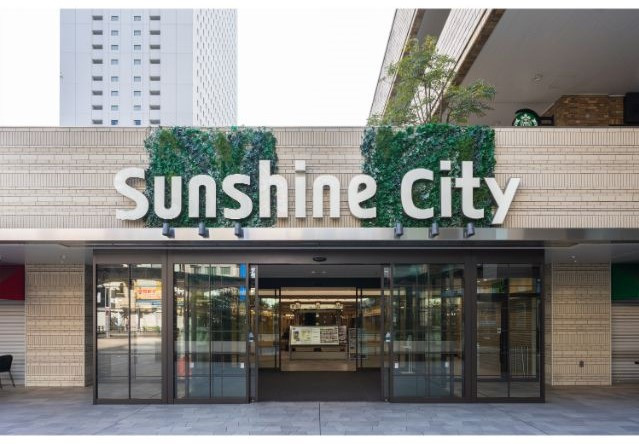 Come to Sunshine City, a complex designed with being “a city within a city” in mind. From business, to shopping, dining, theatre, and even a hotel, you can spend a whole day right in the h... 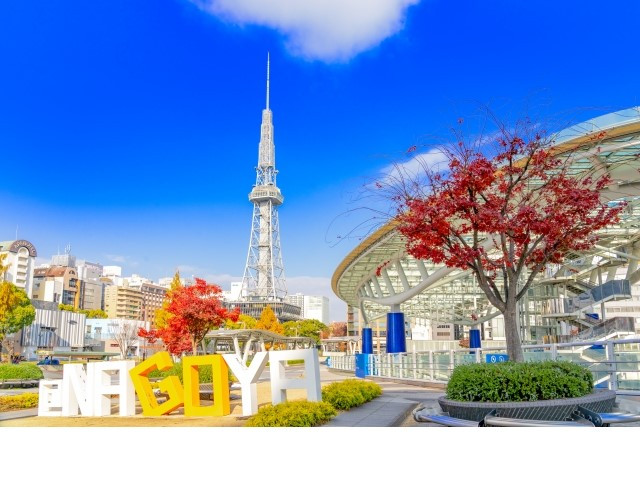 Sakae is the heart of Nagoya. One of two major downtown areas, alongside Meieki, it is a hub of activity in Nagoya city centre. Home to shopping complexes, movie theatres, restaurants, and attractions... 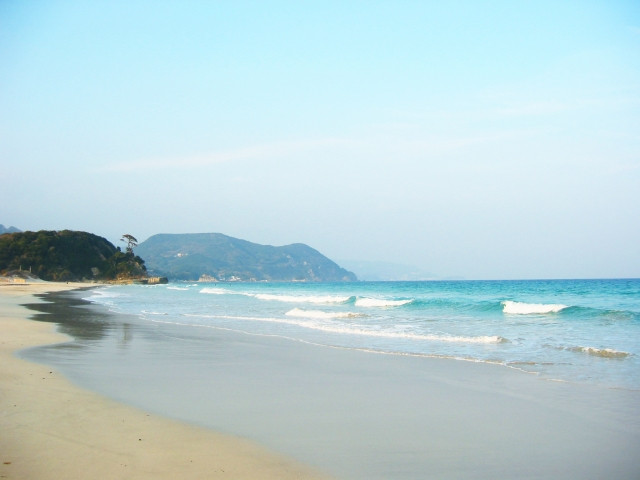 Shimoda, Japan: The Hidden Gem of the Pacific

With its pristine coastline, tranquil cherry blossom forests, and ancient temples, Shimoda of Shizuoka Prefecture, is the perfect place to escape the busyness of life. It’s why many city-dweller... 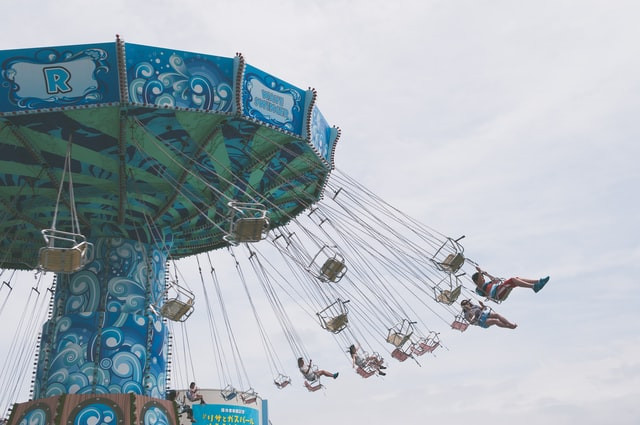 Fuji Q-Highland comes in No.4 in popular Japan amusement parks after globally known Disneyland, DisneySea, and Universal Studios Japan. Fuji Q is famous for its thrilling world record-breaking rides a... 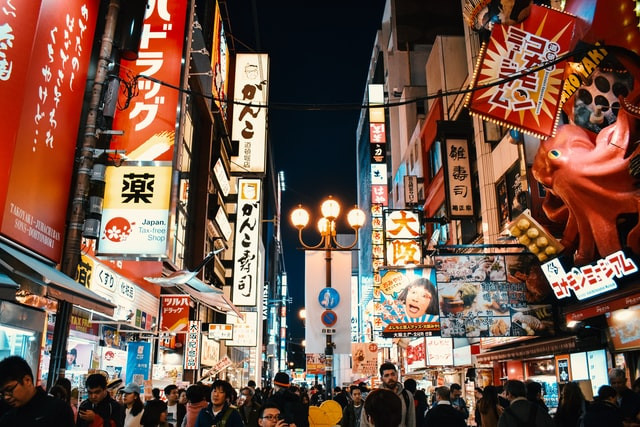 Downtown Osaka, aka Minami, aka Namba, is the southern central part of the city where happenings happen. Dotonbori and its famous Glico Running Man, Kuromon Market, and Dendentown are located around t...